Home Winning double by All American in USA

Winning double by All American in USA

Geisel Park stallion All American augmented his winning run in Australia with a double in the USA on Monday.

All American (Red Ransom) stood a one-off season at Darby Dan Farm in Kentucky and America Mon Amie has been his chief earner with four wins including a Listed victory in the Northbound Pride Oaks at Canterbury Park.

The Tony Granitz trained filly banked another cheque for Captain Jack Stable after splitting runners in the straight to score by a neck in Chicago on Monday.

Infiltrada looked another All American destined for black-type contests after crushing her rivals in a 1600m maiden in Florida.  Content to stalk front-runner Association for the first half-mile, she took over and then spaced the beaten division at the top of the stretch.

Given time to mature by trainer Luis Duco, she didn’t debut until May 8 but her second-up maiden win was so impressive, trainer Henry Collazo stepped in straight away to buy her on behalf of Four Horsemen Stable. 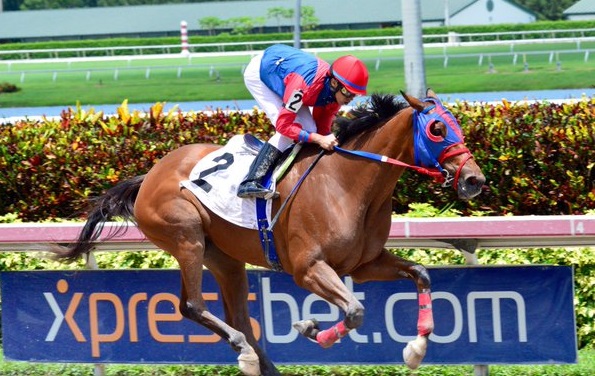