Zebulon ruled out of G1 Goodwood

All American sprinter Zebulon has aggravated an off-fore tendon injury and will miss the G1 Goodwood (1200m) at Morphettville this Saturday.

Trainer Peter Morgan revealed the LR City Of Adelaide Stakes winner will sidelined for anything up to 12 months.  “He did it during that race last week.  It’s very disappointing, he would have been hard to beat in the Goodwood.”

The setback came after a string of positive updates for All American who will serve his first Sunspeed book at Geisel Park Stud this year.  He was in the spotlight at the Scone carnival winning an award and a prominent place on the leader-board at the Inglis HTBA Yearling Sale.

All American filly Yankee Rose was voted Hunter Thoroughbreds Champion 2YO Filly at the annual awards last week.  A Group 1 winner of the Sydney Sires’ Produce (1400m) and runner-up in the G1 Golden Slipper (1200m), she is certain to claim the Australian Champion 2YO Filly award at the end of the current season.

Yankee Rose was syndicated by Darby Racing and managing owner Scott Darby went back to buy the All American – Accomplishment colt for $50,000 at Scone.  He is from a half-sister to stakes winning sprinter Squamosa.

A week earlier Adelaide trainer Lloyd Kennewell paid $65,000 for an All American colt at the Inglis Weanling Sale in Sydney.  Lloyd didn’t buy the foal to pin-hook as a yearling – he’s already fully sold among stable clients!

The All American – Rosecutter colt is a half-brother to Sydney Group performer Craftiness and further back they come from the famous “Belle” family in NZ.

Geisel Park is keeping track of All American winners in the Eastern States – they’ve won 50 races so far this season.  Lady Trickster has earned more than $100,000 following her last-to-first flyer at Werribee and Eye On America led and then lengthened to a two-length victory at Tamworth on Monday.

Trial winners Avonaco (Chris Waller) and Grexit (Kris Lees) are also on the way back after breaks and they will add to All American’s current prizemoney tally of $2.61 million. 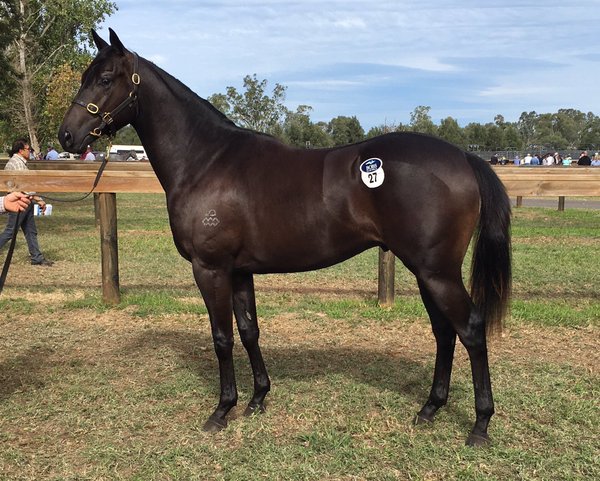 All American – Accomplishment colt sold for $50,000 at Scone