Blackfriars regularly takes centre stage when there’s any black-type about in Perth but the team behind his success were in the spotlight after the LR Belmont Guineas (1600m) on Saturday.

Scenic Lodge graduate Great Shot simply blew the field away with a front-running 4 length victory at Belmont.  “Removing the blinkers made a difference,” trainer Rhys Radford said.  “He’s more relaxed and will go to the paddock now in time for the summer.”

Radford mentioned this year’s G1 Railway Stakes as a future target for Great Shot and jockey Craig Staples is on board for the long haul.  “I was determined to lead and knew he wouldn’t stop.  He broke their hearts and the only time anyone got close was pulling up.”

Great Shot is a son of Sun Stud sire Magnus and he made $31,000 from Scenic Lodge at the 2014 Perth Magic Millions.  Owners Frank & May Edwards have already banked $226,550 and now there’s the lure of a $1 million jackpot in the Railway on November 19.

Great Shot was the second-leg of a winning double for Scenic Lodge on Saturday.  Resident sire Universal Ruler opening the batting at Belmont with consistent sprinter-miler Military Ruler in the Hahn Super Dry Hcp (1600m).

Military Ruler has won 5 times in town earning $289,700 for a syndicate managed by Impressive Racing.  His younger sister Military Reign has won 7 races and $438,450.  She defeated Magnifisio in the Marjorie Charleson Classic at Ascot in April and added a running double after racing switched to the winter circuit. 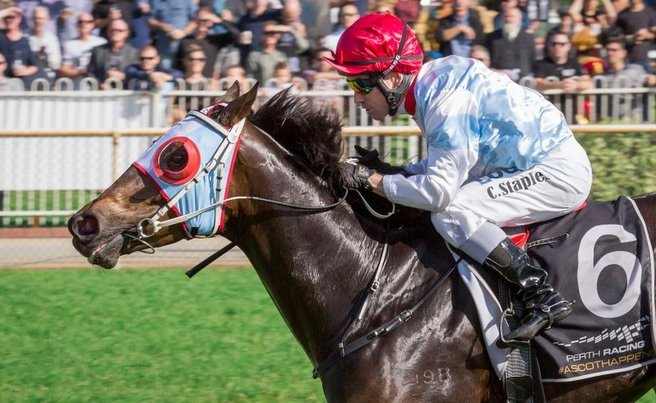