Western Australia’s champion sire Blackfriars is represented in all sections in the 156-lot catalogue for the Magic Millions Perth Winter Sale on Sunday, June 26.

He opens up with five yearlings, four of them fillies, follows with two young mares and then three weanlings.  In addition, two of the mares in the catalogue – Georgia’s Storm (Metal Storm) and Mariachis (Lonhro) – were served by him.

Five of the seven weanlings listed are on account of the Yarradale Stud, one which is the biggest consignors to the Winter Sale.  They are represented by 21 weanlings and 5 mares.  One, Managing Director (Bianconi) is from a half-sister to G1 Caulfield Futurity Stakes winner Rustic Dream.

Paris Dream (Medaglia d’Oro) is one of 4 females among 12 lots in the catalogue for Peters Investments Pty Ltd.  The others are geldings and include Respondent, a Haradasun product who won the 2014 WA Derby. 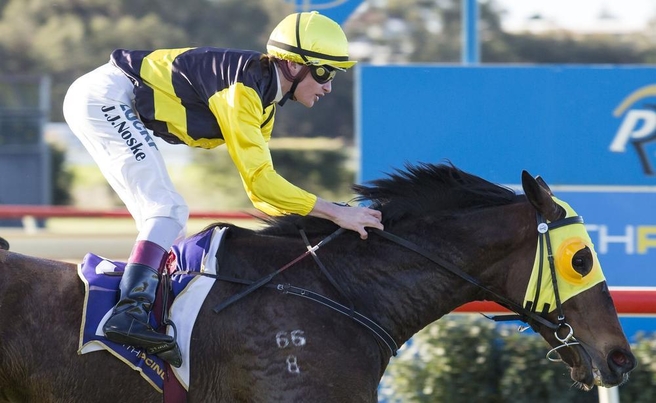