Yankee Rose demolished her rivals in the G1 Sires’ Produce Stakes (1400m) at Randwick in April but a foot abscess denied her a shot at the G1 Champagne Stakes (1600m).

The daughter of Geisel Park Stud sire All American returned to work at David Vandyke’s new base at the Sunshine Coast last week and the foot issues resurfaced at track work.  “It’s an abscess in her toe – the previous one was in her heel,” he said.  “It’s obviously very frustrating but she should come right.”

Vandyke is well-versed in preparing horses with the same ailment.  “Swimming is a great substitute and it’s not like I’ve got to get any weight off her.  She’s in the same shape now as she probably will be on race day.

“She’s an extremely good swimmer and a fast one.  She puts in a lot of effort and that makes serious inroads as far as fitness goes.  We learned last time how little work she really needs.”

Yankee Rose (All American – Condesaar by Xaar) will become Australia’s highest rated 3YO Filly in history if she remains unbeaten during a giant-killing program split between Sydney and Melbourne.

After the Golden Rose, she will revert to her own sex in the G1 Flight Stakes (1600m) at Randwick on October 1.  She will then ship south where Vandyke hopes she does a “Surround” in the G1 Cox Plate (2040m) at Moonee Valley on October 22.  The Melbourne end of the spring collection culminates with a staying test in the G1 VRC Oaks (2500m) on November 3.

“That’s the direction we’re headed,” Vandyke said.  “She could not have found the line any better in all her starts and her closing sectionals have been outstanding.  Everything points to her getting a mile and further.

“The experience I’ve had with European-bred horses like Sir John Hawkwood and Maurus – who needed very little work to run over ground – helped me realise what I need to do, or what I don’t need to do to get this filly to the Cox Plate and Victoria Oaks.”

Yankee Rose is a third-crop daughter of Red Ransom’s G1 VRC Emirates Stakes (1600m) winner All American.  He has sired 7 individual juvenile winners this season and climbed into a Top 5 spot on the Australian 2YO Sires’ premiership this season with earnings over $1.67 winners. 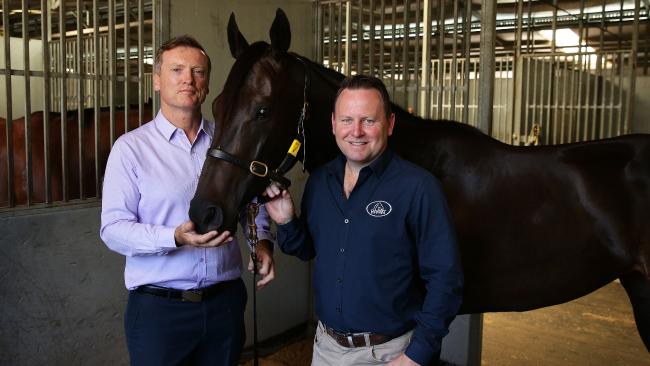