Jockey Shaun O’Donnell was very impressed with Pretentious Chant after dismounting from his Belmont winner on Saturday.

“We will be seeing a bit more of this bloke…he’s got potential,” O’Donnell said after an easy victory in the Amelia Park Hcp (1200m).  “He crossed and then switched off.  I couldn’t hold him slow enough into the straight but then I had to give him a couple when he started to stargaze.”

“He’s still developing and has taken a bit longer to start fulfilling his potential,” trainer Gavin Foster explained.  “I’ve always liked him and War Chant sires quality stock.  We’ve kept him under wraps and now it’s time for him to start going through the grades.”

Pretentious Chant has already paid his way for Foster banking over $58,000 in prizemoney and a Westspeed bonus on Saturday.  His dam Pretentious won four sprints around the provincials for Graeme Webster snr and she has also foaled minor winners by Scandal Keeper & Citidancer.  Her latest is 2yo filly Code Violation (Scandal Keeper) and she is with Peter Fernie.

Yarradale Stud stands War Chant (USA) and owner Ron Sayers kept a share in Pretentious Chant after selling him for $55,000 at the 2015 Perth Magic Millions. 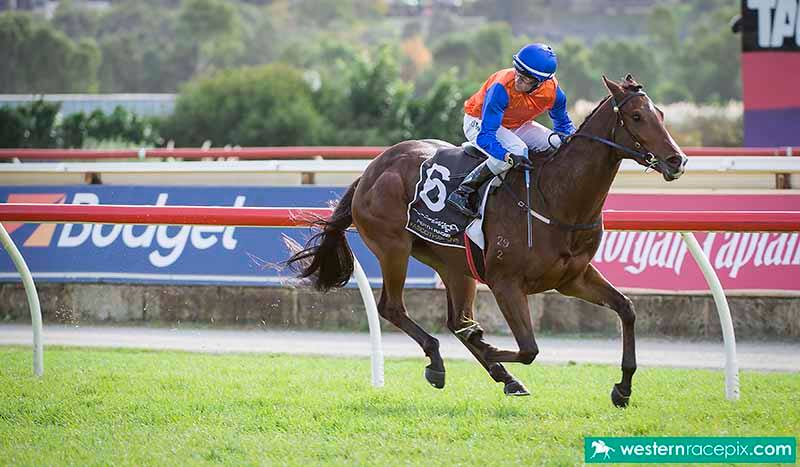