Trainer Steve Wolfe is already looking forward to next season with his debut winner Minus Looks.

The Demerit gelding is going places after landing the WA Day Plate (1200m) at Belmont on Saturday.  Settled in the back-half of the field by Shaun McGruddy, he stormed home to score by a neck from Sammy The Boss.

“We were pretty confident after running second to High Conviction in a trial last month,” Wolfe admitted.  “He came out and won at Belmont this week and that form stood up today.”

Wolfe prepares the gelding for a syndicate that includes his stable foreman Brad Mc Dougall.  “He ran through the line like a nice horse but I might tip him out now.  Hopefully, he can measure up to the (G2) WA Guineas.”

Minus Looks is by Taunton Vale resident Demerit from Ascot 1000 Guineas winner All Class (Euclase).  “Demerit is a very good young sire,” Wolfe claimed.  “I’ve got a couple and they go well.”

Among them is Hey Listen, an older sister to Minus Looks, that has been nominated for races at Belmont and Pinjarra this week.  All Class also has a weanling colt by War Chant and Wolfe bred her back to Dick Turpin last year.

Minus Looks earned $58,400 on Saturday to keep Demerit in the mix for the WA 2YO sires’ premiership this season.   Star filly Spangled Impact is his leading earner after winning the Crystal Slipper Stakes and running second in the G2 Karrakatta Plate.

Demerit (Lonhro) defeated Manhattan Rain and Starspangledbanner in the G3 Guineas Prelude (1400m) at Caulfield before retiring to Taunton Vale.  He has recovered from a leg injury that kept him out of the breeding barn last year and studmaster Kent Johnson can be contacted for further details on (08) 9728 1310 or 0418 932 849. 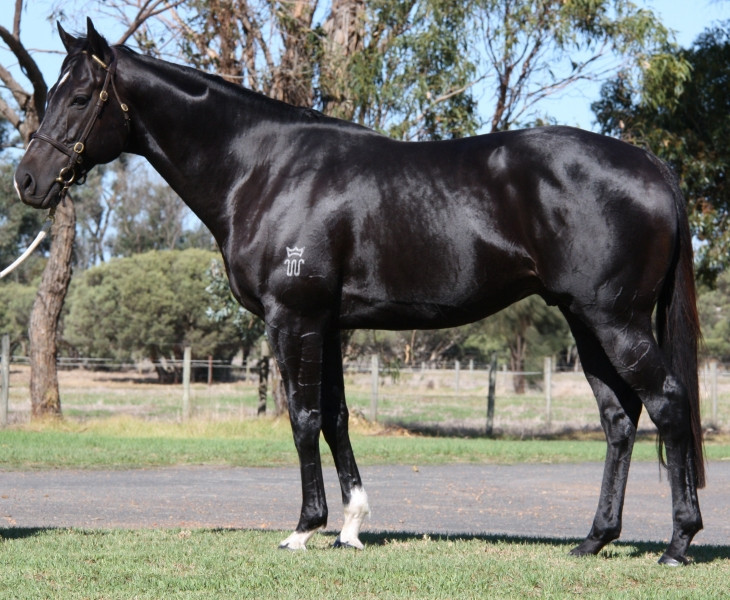