Kris Lees is busy building up a strong support team for next season before rolling out his Group 1 guns Lucia Valentina (Savabeel) and Le Romain (Hard Spun) in August.

All American 2yo Grexit passed an early test when he filled the first leg of a winning double for Lees at Wyong on Thursday.  He was up against older horses in the Toukley Lions Club Maiden (1100m) but started an odds-on favourite after a flashlight run first-up on June 9.

“Kris has had an opinion of this bloke from the start,” stable manager Lucas Miller said on Friday morning.  “He’s pulled up well from yesterday’s win and we’re looking forward to the next rung up the ladder.”

Grexit is the second winner for Hyperinflation (Rock Of Gibraltar) and owner Alan Bell named him after the Greek funding bailout last year when many argued they should exit Europe.  That’s been overshadowed by recent events although the name Brexit hasn’t been registered with the ASB.  Yet.

Bell’s grey and red diagonal striped colours have been worn by champion sprinter Schillachi and Group 1 star Grand Armee.  He bought Grexit for $60,000 from Musk Creek Farm (as agent) at the 2015 Inglis Classic yearling sale.

“We got him going early but he’s an athlete and was hot to handle,” Miller recalled.  “He was gelded and since coming back in has been nice and tractable.  We’ve looked at a few All Americans at the sales and they’re all good to handle.”

Hyperinflation is owned by Victorian-based breeder Clyde Davenport and the mare foaled another two All American fillies after Grexit.  Davenport founded sportswear company 2XU and has been in All American since he was knocked down for $220,000 at the Gold Coast Magic Millions. 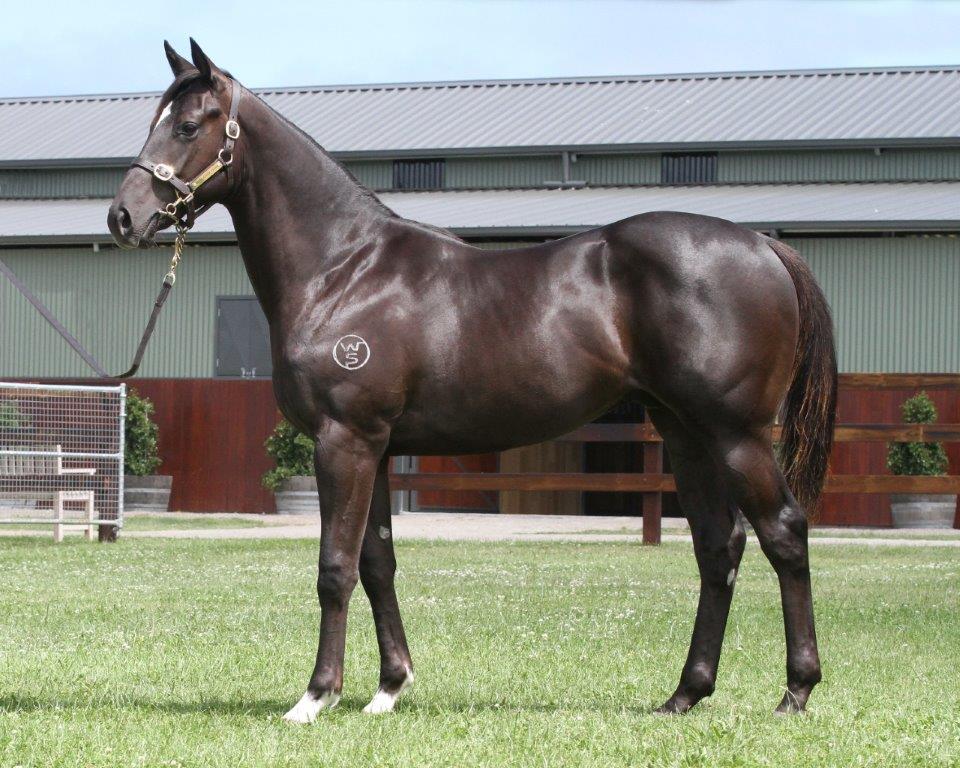 Grexit pictured as a yearling at Musk Creek