The Yarradale Stud team collected $131,800 in prizemoney and bonuses with a running double at Belmont’s Beaufine Stakes meeting on Saturday.

War Chant (USA) sired both winners – 2yo filly I Am Boudica & 3yo gelding Bombs Away – for Yarradale owner Ron Sayers and his racing and business partner Tony Patrizi.

I Am Boudica had run fourth on debut in the G3 Gimcrack Stakes in March and looked a filly for the future first-up in the Belmont Bonanza Plate (1200m).  She got the better of The Celt even though the favourite baulked her when drifting out in the straight.

“She’s a big, raw filly and it’s nice to get a Saturday win for Ron and Tony,” trainer Vern Brockman said.  “We won’t push her at this stage.  She can freshen up and hopefully there’s a Listed race for her in the spring.”

I Am Boudica is the first winner for Queen’s Gem (Hussonet) who is a half-sister to the Eastern States stakes winners Anacarde (Anabaa) and How About That (Honour And Glory).  The mare is due next month to Yarradale sire Gingerbread Man.

Bombs Away improved his strike-rate to 4 wins from 9 starts in the Amelia Park Lamb Hcp (1000m).  “He’s been up a while and has been crying out for a barrier,” trainer Lindsey Smith said.  “I didn’t want to spell him while still eligible for Westspeed bonuses but he will probably go out now.  There’s a nice stakes race in him next season.”

Bombs Away is the second winner for Metallic Storm (Metal Storm) who won the LR Placid Ark Stakes and LR Crawford Quality for Sayers and Patrizi.  She has a yearling filly by Frost Giant and is carrying a War Chant foal on a September cover last year.

War Chant (Danzig) is gearing up for his sixth book at Yarradale Stud after winning the WA freshman title last year.  His Victorian-based stakes winner Silent Sedition ($290k) & Bombs Away ($177k) have ensured he will be crowned WA second-season champion this term. 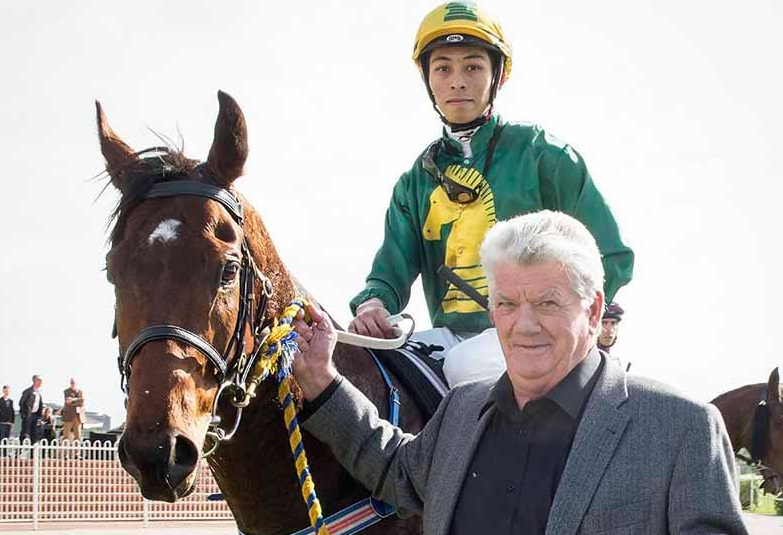