Blackfriars mare Erika sent her sire through $5 million in seasonal earnings for the first time at Rosehill on Saturday.

The Goulburn based raider was aided by inside runs before Blake Shinn angled her into the clear for a late victory in the TAB Highway Hcp (1800m).  “I followed Just Good into the straight and got clear when it rolled out,” Shinn explained.  “I gave her a little squeeze and she extended nicely.”

It was Erika’s third win this season and, ironically, she won a Canberra maiden on July 31 last year to close out a career-best season for Blackfriars with progeny earnings of $4.49 million.  He sailed past that amount when Black Heart Bart won the G1 Goodwood at Morphettville in May.

“She’s come back more mature and it’s the first time she’s had no interruptions,” trainer John Bateman said.  “She’s always had plenty of ability but we just had to get her right.”

Blackfriars (Blackfriars) is within a month of clinching his sixth WA sires’ premiership in a row for Scenic Lodge operators David and Jeremy Smith.  He stands for a $12,000 (plus gst) service fee. 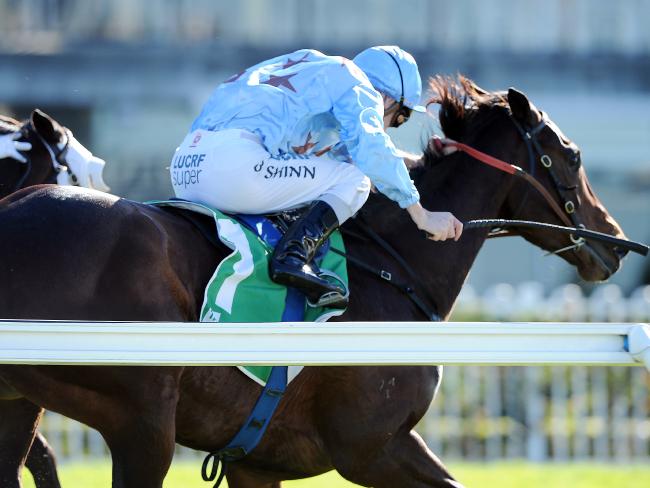