Korilya Stud owner Ellie Giles has seen a lot of horses come and go over the years but you can tell she’s got a real soft spot for Proart filly Rosmartini.

Proart (Rock Of Gibraltar) initially stood at Korilya in Busselton and is now based at Balmoral Park in Bedfordale.

“We knew Rosmartini would get over a bit of distance after winning a 1700m race as a 2YO,” Giles points out.  “She had some bone chips removed and was off the scene for six months but has really come together at her last couple of starts.”

Trainer Simon Miller has done a terrific job with the front-running filly winning the LR Belmont Oaks and LR Belmont Classic this month.  She is raced by several former Fremantle Dockers footballers including Peter Bell and Jason Norris.

“Her dam Rosmopolitan was also trained by Simon and was raced by Jock Wilberforce,” Giles said.  “Sadly, Jock and his wife passed away in a car accident coming home from the races at Bunbury.  Jason is their son-in-law and he took over their racing interests.

“Rosmopolitan had won four races and I ended up getting her as a broodmare – Rosmartini is her first foal.

“That was the same year we foaled down the stakes winning filly Silent Sedition.  Andrew Noblet bought Silent Sedition from us a yearling at the Perth Magic Millions but decided to keep her at Korilya and let her grow out a bit before taking her to Victoria.  She and Rosmartini used to belt around the paddock together.”

Giles can also lay claim to breeding Proart’s best two horses – Rosmartini and multiple city winner Glitterbell – and believes patience is the key with them.

“Proart was a good racehorse himself winning the Scahill Stakes,” Giles told Aushorse.  “And he’s out of the very good mare Beaux Art who won the WA Oaks, WA Derby and AJC St Leger in track record time.”

Trainer, Simon Miller, was equally impressed with Rosmartini’s performance even though he was in Victoria last weekend celebrating his 40th birthday.

“She has had a long campaign and I’m tipping her out for a spell,” Miller explains. “I think she would make a good Perth Cup horse eventually, but she deserves a decent break and it’s likely she will come back for something like the Bunbury Cup.”

For information on Proart, breeders should contact Balmoral Park studmaster Brian Collison on 0411 055 164. 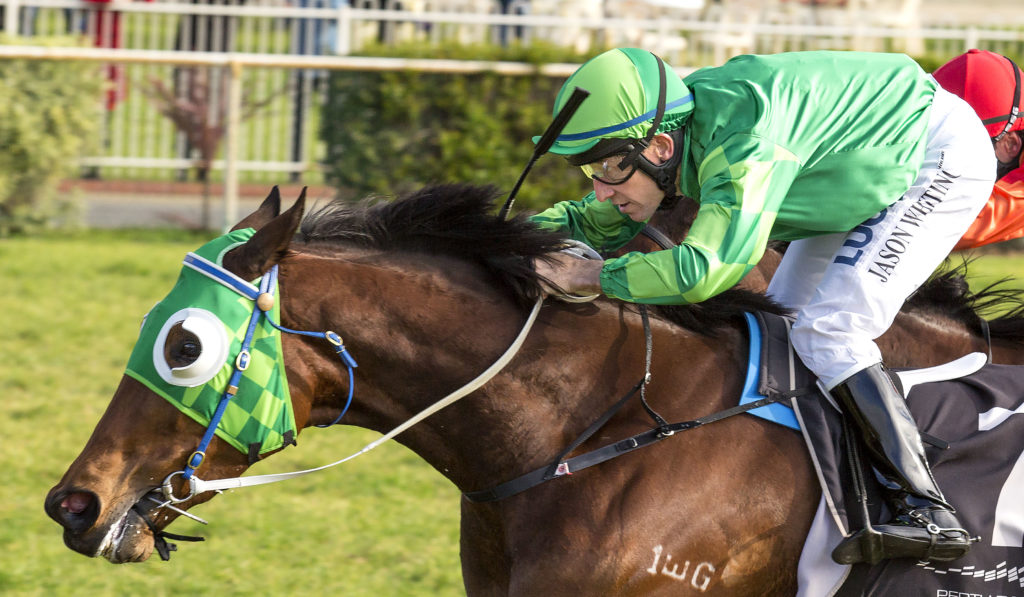