Despite the postponement of Belmont Park’s Oaks on Saturday, Taunton Vale resident Demerit has maintained his winning strike-rate with winners at home and abroad in the last week.

Detango (Belmont) scored on debut for trainer Brett Pope on Wednesday and Bergio (Pinjarra) followed up with an impressive maiden victory on Thursday.

He sired a third winner in quick succession with Gordon’s Cungee in South Africa on Sunday.  She had been placed four times before breaking through at Scottsville for trainer Duncan Howells and leading owners Roy and Gordon Moodley.

Gordon’s Cungee (3f Demerit – Damowin by Danehill) is from a winning half-sister to Jetball (G1 The Galaxy) and was a bargain $10,000 buy from Taunton Vale at the 2014 Perth Magic Millions.

Connections had been critical of leading jockey Muzi Yeni after the Sunspeed-bred filly was asked to make all the running at her previous start and they engaged Aldo Domeyer who rode the perfect race in the Inter-Provincial Rider Cup Challenge (1400m) on Sunday.

Demerit filly Hey Listen can continue the winning run the LR Belmont Oaks (2100m) which has been added to the midweek meeting on Wednesday.  “She’s unlucky not to be unbeaten this campaign,” owner-trainer Steve Wolfe said.  “I know she hasn’t had an orthodox Belmont Oaks preparation but she will be right there at the finish.”

The Great Southern trainer also prepares her Demerit 2yo brother Minus Looks who was a very impressive debut winner at Belmont on June 4.  Their dam All Class (Euclase) won the 2009 Ascot 1000 Guineas for Wolfe and she was also runner-up to Danebeela in that year’s G3 Champion Fillies Stakes. 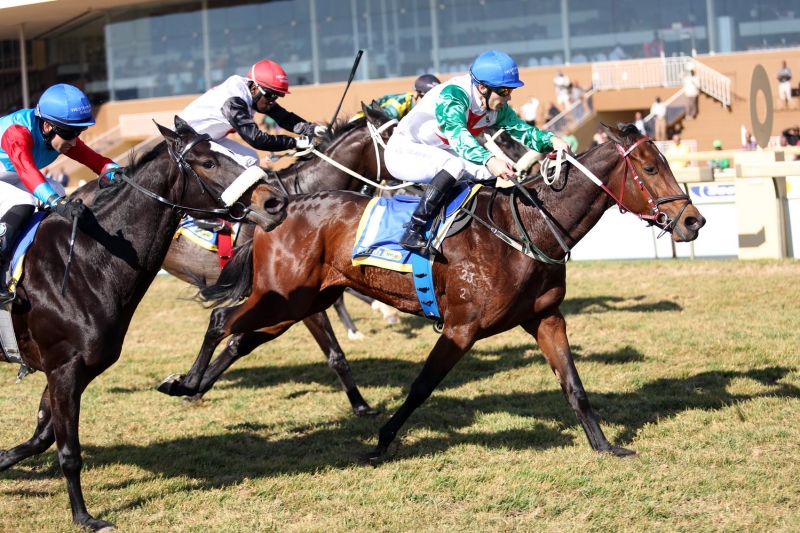