Home Express on Time at Rosehill

Express on Time at Rosehill

Danehill Express nailed his 50th individual winner of the season at Northam on Thursday and for an encore sired Rosehill winner About Time on Saturday.

Mungrup Stud’s ever-reliable resident will finish 2015-16 in third spot on the Sunspeed sires’ premiership with more than $2.60 million prizemoney.  He stands for a $4,400 (inc gst) fee this year.

Winners in the east have been a rare commodity for Danehill Express.  One of his few starters over there was Melbourne sprinter Gold Rory who had unlimited potential but was plagued by leg injuries

About Time started his career winning a Strathalbyn maiden before transferring to NSW last year.  “There’s a lot of work gone into this horse,” Gunnedah-based trainer Gavin Groth said.  “I’ve been going to put him in the paddock for a long time but he keeps doing the right thing.”

“He likes to race fresh so we will take him home and then decide where to go from there.”

About Time (5g Danehill Express – Indira Morning by Indian Danehill) caused a $31 upset with a front-running victory in the TAB Highway Plate (1500m) at Rosehill.  “The ride was the key,” Groth added.  “Anthony (Cavallo) did a really good job because he can wait for them if left in front too early.  But to his credit, he fought on doggedly today.”

Danehill Express brought up his half-century in the Avon Valley with Midnight Banquet in the Congratulations Fedor Maiden (2200m).  He was well overdue having been placed four times this campaign for trainer Owen Cocking. 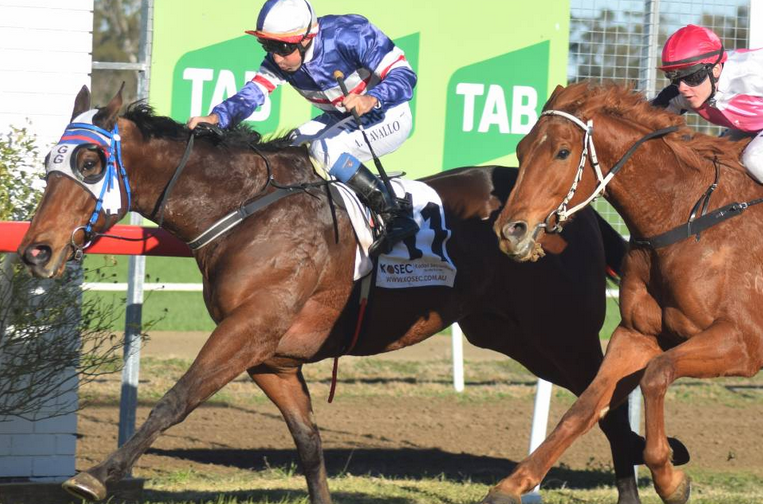