Snitzalong caused a boilover in the Goldfields Magic Millions Classic (1200m) with a short-head victory over short-priced favourite Patrimonio on Sunday.

The Snitzel gelding took a dozen starts to break his maiden but has won his last two in Kalgoorlie.  It was Neville Parnham’s second Goldfields Magic Millions following Vital Art in 2014.

“He’s always shown reasonable ability and I thought he was very strong last time,” Parnham said.  “He had come on extremely well since then.”

Snitzalong (3g Snitzel – Bibury Flyer by Zafonic) paid $20.60 on the WA TAB and collected $40,000 for a syndicate including the trainer’s wife Carol and stable clients Bob Pearson, Trevor Holgate and Bruce Saxild.

He is the final foal of Bibury Flyer (GB) who was a stakes winner at Newbury and the Curragh.  She was imported to Australia by Carl Holt who has bred and/or owned several Snitzel stakes winners like Ygritte (LR Gosford Guineas) and Zelsnitz (LR Twilight Glow Stakes).

Gervase Park owner Chris Gales bought Bibury Flyer with a positive to Snitzel for $76,000 at the 2012 Inglis Easter Broodmare Sale.  He sold the Goldfields Classic winner for $55,000 at the 2014 Perth Magic Millions. 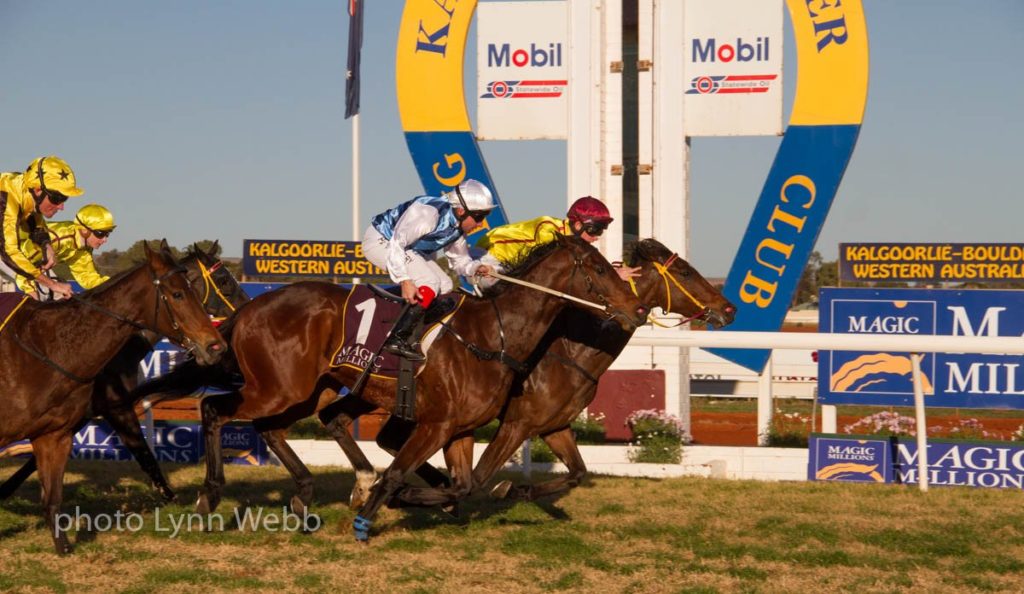