Chris Bieg is rising up the training ranks in Adelaide and now he’s wants to make a mark in Melbourne with his promising filly With A Bit Of Dash.

The daughter of Scenic Lodge sire Dash For Cash was among South Australia’s leading two year-olds this season winning by 3 lengths at Morphettville before signing off with a fighting second to Morvada in the LR Oaklands Plate (1600m) in May.

The winner is being set for the G1 Victoria Derby and Bieg is quietly confident his filly will also make the grade at the spring carnival.  “She’s been back in work for a month and will start stepping up next week.  I’ve only been training for six years but I’ve found it really toughens them up going to Melbourne.”

Bieg’s Dash For Cash filly Dashitude made the transition in 2012.  “After winning at Morphettville, we took her across to score first-up at Caulfield.  She helped me get established and was a relatively cheap buy at the Adelaide Magic Millions.

“I’ve had a good run with Dash For Cash.  They cope with work and really put in on race day.”

With A Bit Of Dash is bred to get over ground through her dam Storm Esprit (Bel Esprit) who is related WA bred Group 1 winner Heroicity (STC The BMW & WATC Australian Derby).

“She’s well above average and Todd Pannell reckons the further she goes, the better,” Bieg said.  “I’m only going to give her a short spring campaign so we can bring her back at Christmas and get ready for the South Australian Oaks.”

Dash For Cash has another very smart 2yo in Queensland named Cash Dash.  The Steve O’Dea trained colt scored first-up at Eagle Farm on July 6 and won again at the Sunshine Coast last Sunday.

“He’s an impressive type but we won’t press on,” O’Dea said.  “We want to do the right thing by the horse.  He will have a break now and come back for some of the good 3yo races like the Vo Rogue Stakes and Gold Edition Stakes later this year.”

Scenic Lodge stands Dash For Cash and he is tremendous value at a $3,000 (plus gst) service fee. 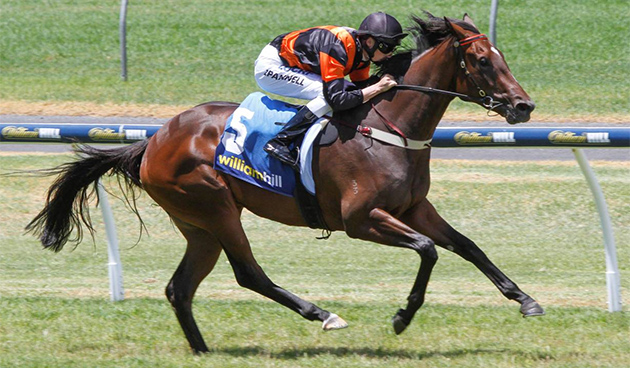 WITH A BIT OF DASH