She stalked the pace and pulled away in the stretch on the final day of Belmont Park’s summer meet.  “It’s tough to win a stakes race first time out but she was ready,” jockey Jose Ortiz said.  “I like her a lot.  She did everything right.  She broke well and really gave me a nice run.”

“Since Day 1, she’s been straightforward and has handled everything we’ve thrown at her,” trainer David Cannizzo said.  “She’s just a dream.”

Cannizzo will set her for the LR Seeking the Ante Stakes (1300m) at Saratoga on August 26.  Racing returns to the Spa for its 146th season this Friday.

Miss Freeze is owned by Joseph Bulger, Michael Imperio and DJC Racing.  She’s from a half-sister to Royal Currier (Red Bullet) who broke the 1200m track record at Parx Racing when clocking 1.07.51s to win the 2011 Gallant Bob Stakes.

Frost Giant (Giant’s Causeway) won’t shuttle to Yarradale Stud this season.  His first Sunspeed yearlings were popular at the Perth Magic Millions in February with the colt from Ladidi (Palace Music) making $50,000 to the bid of trainer Trevor Andrews.

Just registered as Infiltrator, he’s a half-brother to NZ Group 1 winner Choice Bro and was purchased by Andrews on behalf of stable clients Ken Gregson and Isaac Cohen. 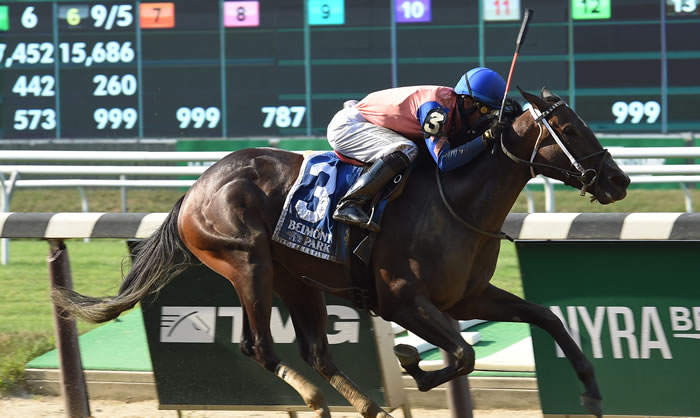