His classy filly Rosmartini is a genuine stayer and she refused to surrender when tackled by heavily-backed favourite Showy Chloe on Wednesday.  She stayed on for a determined victory and will now head for a feature double in the LR Belmont Classic (2200m) on July 23.

Proart (Rock Of Gibraltar) has been represented by just 6 starters to date and, apart from Rosmartini, he’s also sired Glitterbell who has won three times at Ascot and was last seen finishing fourth to Showy Chloe in the LR WA Breeders’ Classic (1400m) at Bunbury.

Balmoral Park studmaster Brian Collison is educating 10 rising two year-olds by Proart and he’s over the moon with their progress.  “They’re cracking types and I love their attitude,” he said.  “And I’m rapt they’re going to trainers like Fred Kersley, David Harrison, Dan Morton and Simon Miller.

“Simon told me 12 months ago that Rosmartini was an Oaks filly and he was bang on the money.  She did it the hard way in front and still had a kick at the finish.”

Rosmartini (3f Proart – Rosmopolitan by Verglas) was bred at Korilya Stud and is raced by Jock Wilberforce with supporters from Fremantle Dockers.  The same syndicate raced her dam to four wins up to 2200m in Perth.

Proart won the G3 Scahill Stakes at Ascot and is getting ready for his second book at Balmoral Park.  He had been priced at a $5,500 (inc gst) service fee before arriving at Bedfordale but that will be discounted to attract bigger numbers this year.

“It’s very competitive in WA this year,” Collison explained.  “Proart is still only an 11 year-old and we will meet the market for multiple bookings and for black-type and city winning mares.”

Balmoral Park owners Neil & Annette Irvine have implemented a raft of changes at Balmoral Park which is situated 30km south-east of Perth.  “We haven’t cut any corners building the pre-training and breaking-in side of the business,” Collison added.  “Everything was okay structurally but we’ve resurfaced the training track, installed horse walkers and improved the facilities for more mares this season.” 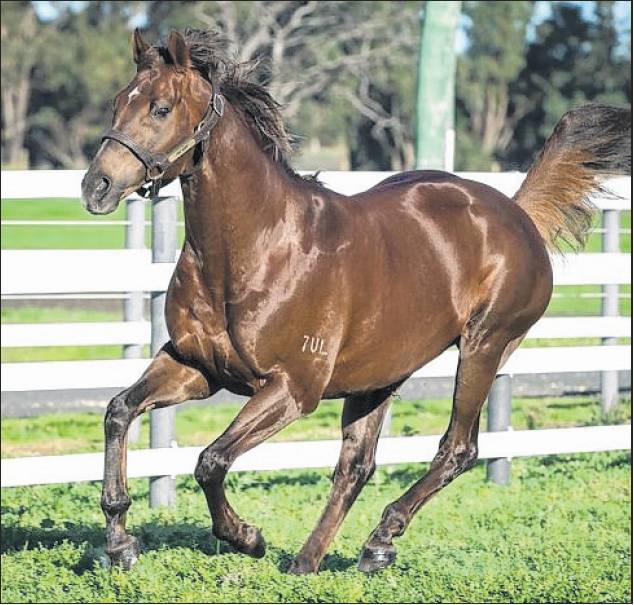