Rich Red took the step up to town in his stride winning the National Jockeys Trust 2YO Hcp (1300m) at Belmont Park.

The son of Mungrup Stud sire Red Hot Choice had won at Pinjarra on July 7 and made it look even easier with a free-wheeling victory for owner-breeders Lex and Shirley Piper on Wednesday.  “It was a good ride by Craig (Staples),” trainer Paul Jordan said.  ““Belmont suits front-runners and he kept running.

“He tall and gangly and is still learning.  Red Hot Choice is a son of Redoute’s Choice and they’re big horses.”

Red Hot Choice won a Pinjarra maiden and he also finished second to his stablemate God Has Spoken in the LR Aquanita Stakes at Ascot but an injury cut his career short after just 8 starts.  Mungrup stands him for a $3,300 (inc gst) fee.

This time last year, his first-crop 2yo Chillie Storm won a Bunbury maiden and then saluted at Belmont Park. 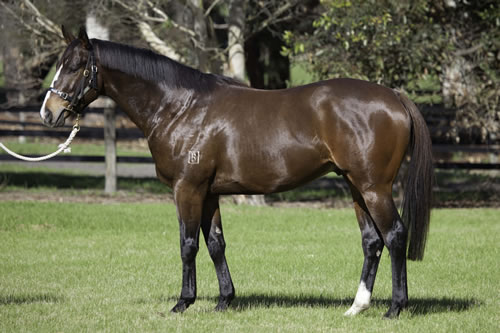