Rod and Tania Cosgrove picked up a bargain when they bought Sweet Ora at the 2015 Perth Magic Millions.

The Oratorio filly won first-up at Belmont last month and backed it up with a brilliant 4 length victory in the Carbine Club of WA Stakes (1000m) on Wednesday.  Starting an odds-on favourite, she followed the front-runners on the fence and then took advantage of the cut-away to drop her rivals in the straight.

The Cosgroves invest more than money into racing in their roles as President and Secretary of the Mingenew Turf Club.  And the Wheatbelt couple have a perfect strike-rate with Oratorio having also raced Ora Dare (Geraldton Cup) and Saytorio to wins at Ascot (2) and Pinjarra (3).

Sweet Ora is the 5th juvenile winner by Oratorio this season and Wednesday’s victory sent his earnings to $405,850.  The Mungrup Stud sire is within $8,000 of Snippetson at the top of the WA 2YO Premiership.

“She’s still new but keeps improving,” stable spokesman Jason Miller said on Wednesday.  “We’ve always had a pretty high opinion of her and she likes the sting out of the ground.

“She’s quick at home and the way she extended didn’t catch us by surprise.  We will step her up to a Saturday race in two or three weeks.”

Rigg bought Blondine from Yarraman Park and Sweet Ora is her first Sunspeed sired winner.  Her final foal is a rising 2yo colt by Frost Giant named Portalian who is being educated by Ascot trainer Robert Moore. 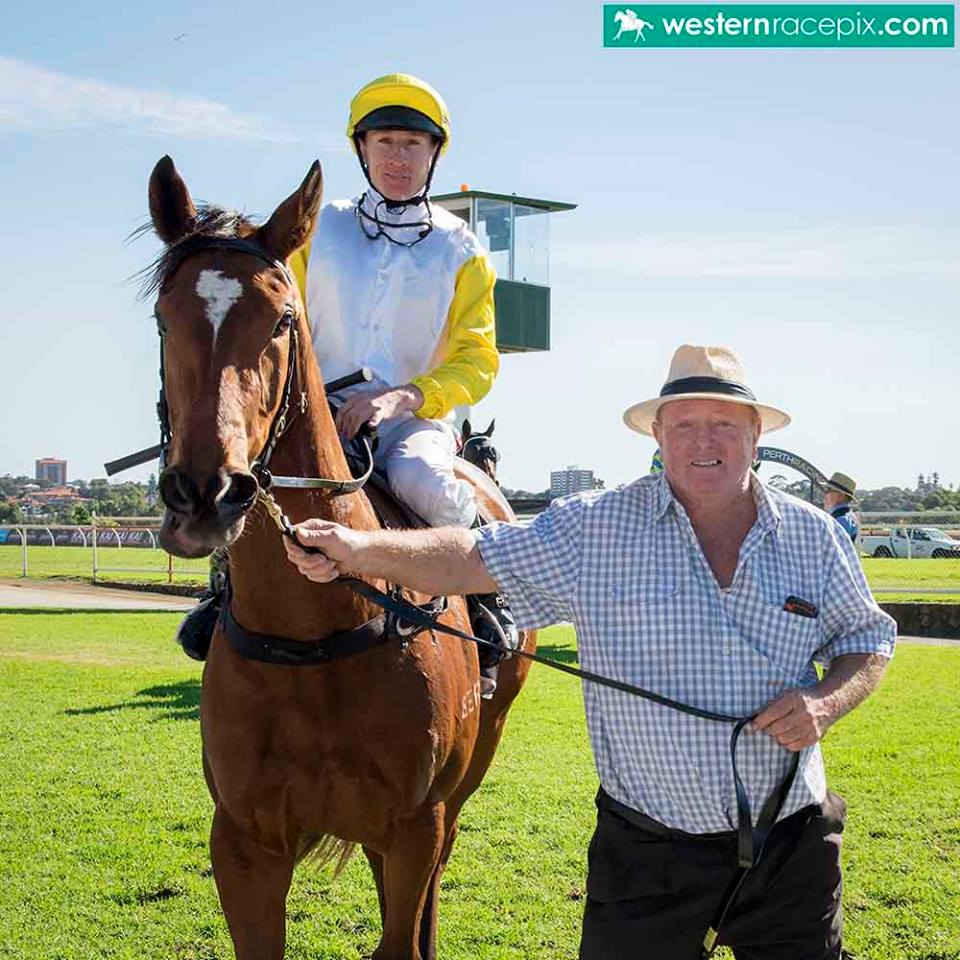