Yarradale Stud has released its roster and service fees following news Bradbury’s Luck will cover his first mares at Gidgegannup this year. 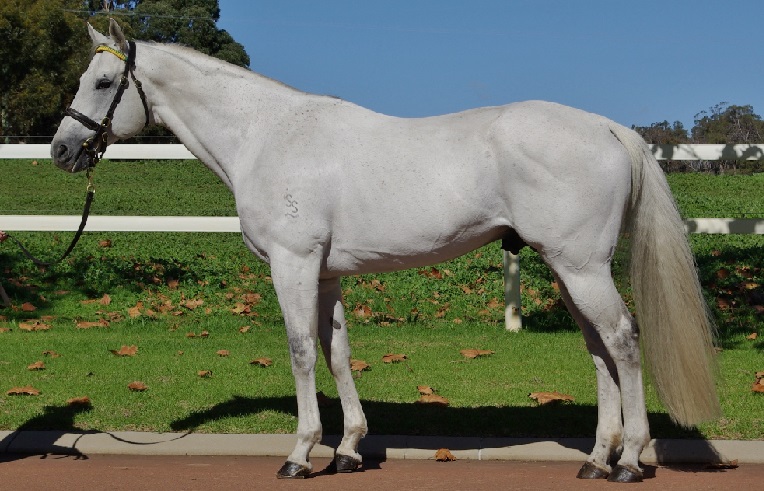 Luckygray bowed out of racing after an exemplary career highlighted by Group 1 victories in the 2011 and 2013 Railway Stakes and 2012 Kingston Town Classic.  The Yarradale newcomer was the second son of Redoute’s Choice to sire more than one Group 1 winner following Stratum.

WAR CHANT (USA) has been an immediate success following his transfer from famed Three Chimneys Farm in Kentucky.  He was Champion WA first-season sire last year and is home and hosed for the WA second-season title this term with earnings over $1.31 million.

His 3yo filly Silent Sedition is gearing up for a career-defining spring campaign after wins in the G3 Auraria Stakes & LR Bendigo Guineas this season.  His 2yo filly Dainty Tess won her fourth nursery at Belmont last Saturday and that’s only been bettered by champion-elect Whispering Brook.

GINGERBREAD MAN will spur the Shamardal sireline after a couple of false starts in Australia.  He could the dark horse among the next wave of stallions in WA on the evidence of a Top 10 spot at the Perth Magic Millions

Many of Perth’s leading trainers are on board hoping Gingerbread Man can take over where Shamardal sires Captain Sonador and Lope de Vega left off.  He was the leading sprinter-miler of a generation in Singapore when crowned Champion 2YO and Champion 3YO before returning to win the Stewards Cup as a 4YO.

CITY PLACE covered 58 mares at Yarradale in 2015 with more anticipated after a fee reduction for his third southern book this year.  Godolphin retainer Kiaran McLaughlin labelled him “one of the fastest horses I’ve ever trained” and he’s backed that up with an astounding 82% winning strike-rate in North America.

The first City Place foals born in WA are good sorts and he throws a consistent type – strong, with good bone and substance.  The Yarradale team is looking forward to presenting them for sale next year.

VITAL EQUINE (Danetime) has been in winning form during the second-half of this season and he rounds out the roster with Scandal Keeper (Danzig) and Heritage (Flying Spur).  Vital Equine went through 50 wins for the season when Cash On Call (Northam), Tahgeo Jay (Kalgoorlie) and Indefatigable (Belmont Park) all saluted this week.