City Place (USA) sired Stallwalkin’ Dude to a Listed victory at Saratoga on Friday and then unearthed another winner with stakes potential at Gulfstream Park on Sunday.

His juvenile filly Celtic Moonlight was a dominant 8 length maiden winner clocking 1.05s for 1000 metres.  Ridden confidently by Luca Panici, she pressed pacesetter Star Gala before drawing off to reward punters who made the Florida-bred filly an odds-on favourite.

Celtic Moonlight (2f City Place – A Penny At A Time by Pentelicus) earned a short quote after a game second on debut last month.  “I was confident when I saw Luca take a quick peek back at the others on the turn,” trainer Michele Nihei explained.  “That was like a big flag and we knew she was good.

“She’s clearly a sprinter and I always felt she would be precocious,” Nihei added.  ” She does everything right.  She’s very athletic.”

City Place (Storm Cat) has an 82% strike-rate in North American and Yarradale stands him for a $5,500 (inc gst) fee this year. 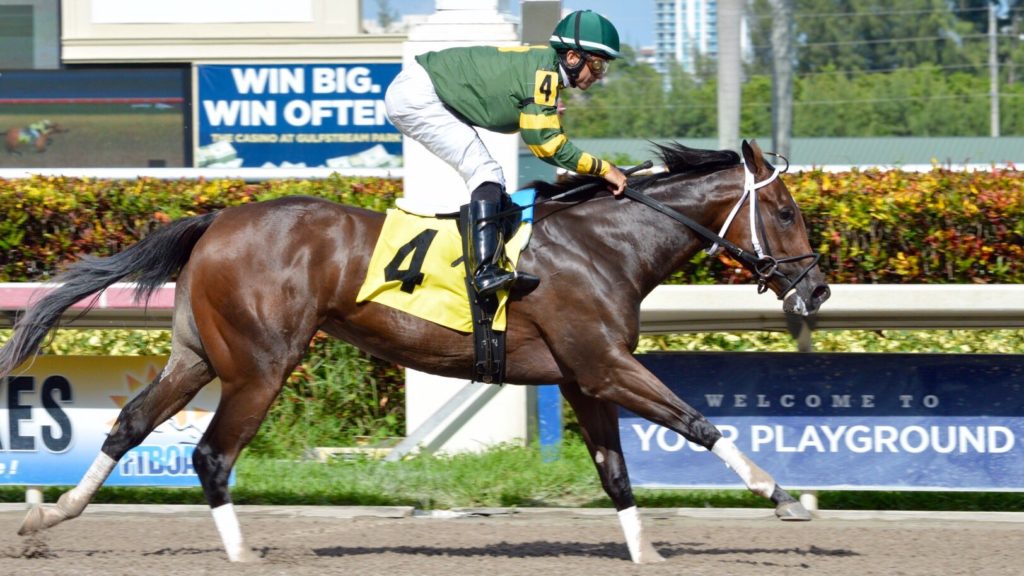