Geisel Park Stud stallions All American and Foreplay filled out another running double on Sunday when Rushmore and Playful Rosie were successful at Bendigo.

Rushmore (All American) is trained locally by Brian Gentle and has won 3 of his last 5 starts on home turf.  “He left it late but was always travelling,” jockey Corey Parish said.  “They went out at a good tempo and all I had to do was ease out at the top of the straight.

“He won his maiden here over 2200 metres but I think he’s best kept fresh over shorter trips.  Brian will probably give him a second run over 1400m before another break.”

All American sired him from Remnant (Danehill) who is a three-quarter sister to Jet Spur.  The mare’s unraced 3yo gelding Front Foot is prepared by Yankee Rose’s trainer David Vandyke.

Playful Rosie (Foreplay) had broken her maiden at Geelong in December and was racing second-up after a six-month spell at Bendigo.

“She keeps improving and that’s typical of the way Darren Weir trains his horses,” jockey Harry Coffey said.  “I nearly lost the whip while changing hands in the straight but luckily I juggled it and caught it in time.”

Playful Rosie is a homebred for Peter Gorey and is one of five winners from Kildara Rose (Tirol) who hails from a Newhaven Park family descending from Wilkes mare Valour.

The Geisel Park duo completed a winning double on the first day of the Grafton Cup carnival last month with American Diva (All American) and Accede (Foreplay). 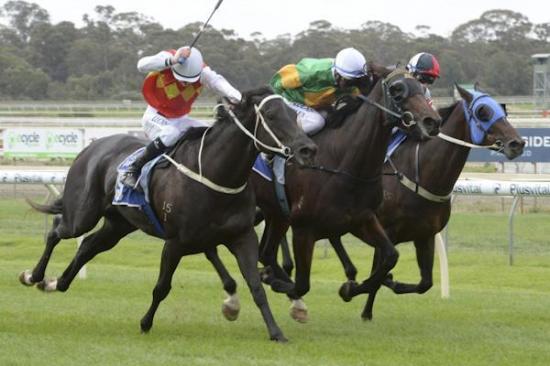