The Nick Wigley-trained sprinter won by more than 8 lengths on debut at Ashburton last month and handled the step up in grade with ease, posting a 9 length success at the same venue under Terry Moseley.

“He’s the best horse I’ve ridden since I was a boy on Courier Bay,” said Moseley referring to the Group 1-winning sprinter-miler of the late 1980s.

Oh Romeo is raced by the Wigley family’s Inglewood Stud and it is likely he will continue his career overseas, with the impressive victory sure to see him meet the rating requirement for Hong Kong.

“There were a few nerves before the race today because we knew he was capable of doing that and it is a relief to see him do it,” Wigley said.  “He’s an exceptional horse and there’s been three or four agents ring since the race.

Inglewood Stud purchased Oh Romeo at the Inglis Great Southern Sale in Melbourne and he’s the second winner for The Baroness, a half-sister by Viscount to Group 3 winner A Country Girl.

“We originally bought him as a foal in Australia with the idea of taking him to the Karaka yearling sales, but we took him home after he failed to make his reserve due to an x-ray issue.  He’s as clean as a whistle now.

“We thought we had him sold to Singapore after he won his first trial but then the money didn’t arrive.

“I have to go all the way back to (G1 Stradbroke Hcp winner) Canterbury Belle to find a one better,” Wigley claimed.  “She was a superstar.”

And it’s not as if Wigley hasn’t trained anything good in the interim – his Southland Guineas winner Replique has been no match for Oh Romeo in trackwork.  “He has a high cruising speed and puts paid to her effortlessly at home.  We always knew he could gallop but he kept growing on us and went shin sore a couple of times.” 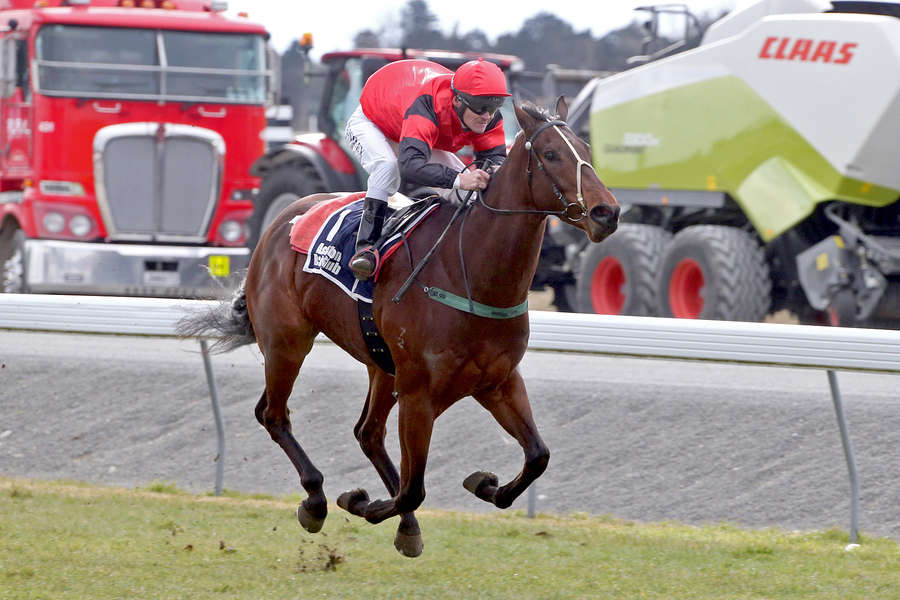