Darling View stallion Patronize augmented his first Perth win of the season with a treble during Broome Cup week.

Patronize sprinter Miki Two Toes scored at Belmont a fortnight ago and he can win for the 10th time in the Carnivale At Crown Hcp (1200m) this Saturday.  The 7yo is a member of his sire’s first crop bred in WA.

Miki Two Toes cost $15,000 at the 2011 Perth Magic Millions and has earned over $324,000 for owner-trainers John and Anne King.  The Perth couple are regular visitors to the north-west and the gelding has also won for Sharon Miller and Adam Durrant while they’ve been in the Pilbara.

The Kings own his unraced younger sister Pearl Gem and she was covered by Oaklands Stud sire Sessions first-up last year.  Their dam Nippon Pearl (Marooned) hails from the family of Champion British sprinter Habibti.

Patronize also sired This Is Big and the Jayne Busslinger-trained winners Military Precision and Casual Time during the last week of the season in Broome.

Military Precision doesn’t win out of turn but was always travelling like a winner for visiting Top End hoop Paul Marks in the Mungrup Stud Classic (1300m) on the Pearl Coast.  She is also from her sire’s first crop in the Sunspeed State.

Patronize (Redoute’s Choice) is a three-quarter brother to Exceed And Excel and his current crop of new-season juveniles is the biggest to date.  He has built up a 62% winning strike-rate off small books and is available for a $4,400 (inc gst) fee this year at Darling View in Mundijong. 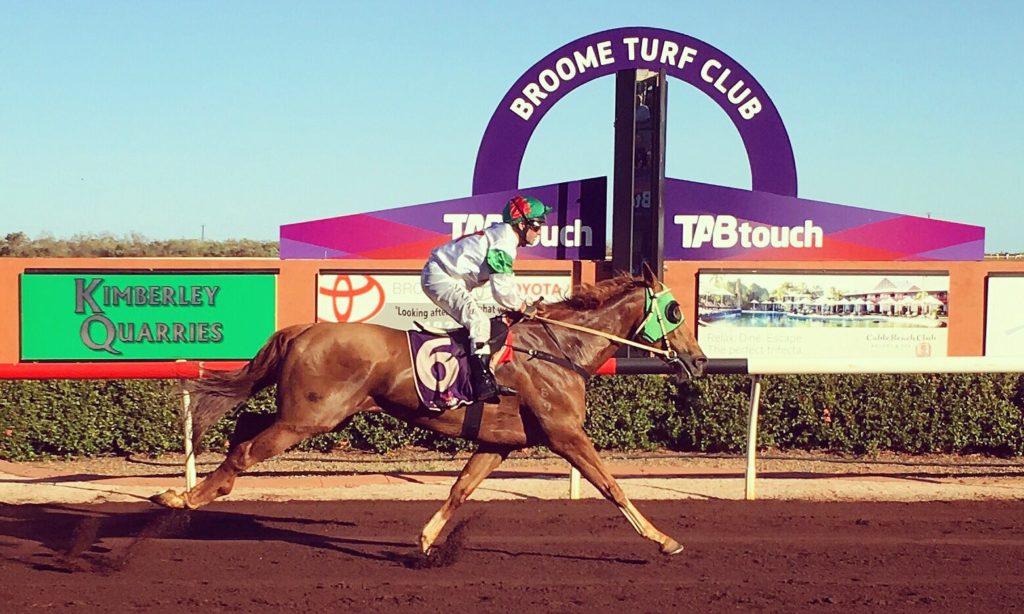