“He’s getting better day by day,” winning jockey Nooresh Juglall said after the gelding chimed in to score by a half-length.  “I thought he was in with a big shout and he was suited behind the fast pace.  He a special horse to me – I’ve ridden him in all his seven wins.”

Trained by Pat Shaw for leading owner Alf Crabbia, Rafaello is by Mungrup Stud’s champion sire Oratorio (Aus) and was a $47,500 graduate from Yarradale’s draft at the 2014 Perth Magic Millions.

“We’ve always rated him a decent horse,” Shaw added.  “If anything, he probably needed the run today and he will be better going out to 1400 metres.”

The Group 3 Committee’s Prize (1400m) will be his next assignment on September 18.

Yarradale Stud owner Ron Sayers bought his dam Born Bold (Exceed And Excel) for $110,000 from Darley at the 2007 Inglis Easter yearling sale.  She is a half-sister to Sydney stakes winner Citirecruit (Citidancer) but didn’t win in two starts with David Hayes.

“Ron bought her back home and I can remember taking Rafaello down to the Magic Millions,” Yarradale manager Bernie Hamill told Aushorse.  “Andy Williams bought him and he was a typical Oratorio – not overly tall but solid.

“Born Bold has a War Chant colt that we will catalogue for next year’s Magic Millions.  She is in foal to Gingerbread Man and will go back to Oratorio this year.”

2010 Garden City Trophy winner Rocket Man also has a WA connection in addition to being owned and trained by Crabbia and Shaw. 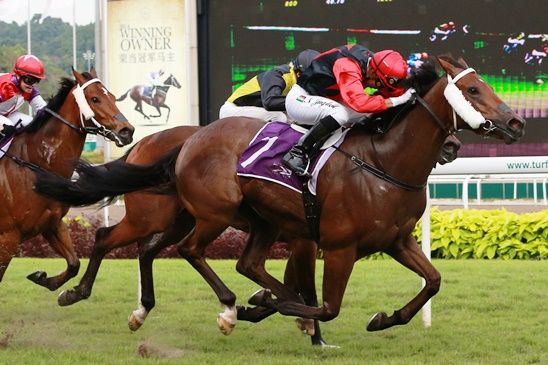