Snippetson was crowned WA Champion 2YO Sire on Saturday and he celebrated with a Group 3 victory in the Singapore Juvenile Championship (1200m) on Sunday.

His consistent youngster Mystic Master settled in a handy spot outside the front-runner Caorunn at Kranji before powering clear in the straight to win by more than a length.

Mystic Master (2g Snippetson – Distant Symphony by Distant Music) is the 11th stakes-winner for his sire who stands for a $7,150 (inc gst) fee at Scenic Lodge.  “He’s a horse who always gives his best but I didn’t expect him to beat those very good two-year-olds like that,” trainer Alwin Tan said.  “He’s a horse with good potential and he’s also very versatile.”

A $70,000 purchase at the 2015 Magic Millions 2YO Sale, Mystic Master was bred by Raheen Stud and is from a half-sister to Group 1 winning mare Rostova.  Raheen owner Basil Nolan also bred Snippetson stakes winner Snippets Land.

“On form, he didn’t look like he could beat them, but he’s killed them,” winning jockey Alan Munro said.  “I was able to park outside the leader and he was very strong to the line.”

Snippetson clinched the 2015-16 WA 2YO premiership at Belmont on Saturday when Dainty Tess (War Chant) defeated The Celt (Planet Five) and One Short (Snippetson) in the final juvenile race of the season. 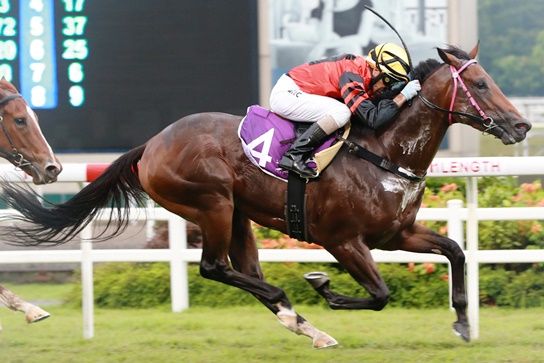