Dash For Cash gelding Not A Blemish landed his maiden by a long-head at Mildura on Friday after skirting a sticky patch on the corner.

The Terry & Karina O’Sullivan trained galloper was racing first-up following unplaced runs at Donald and Warracknabeal in March.  He races for Werribee owner-breeder David Lyons who has been a long-time stable client.

By rights, Not A Blemish should have been one of the outsiders in the Hygain Maiden Plate (1005m) but was kept safe at $7.

“Karina told me he had been working nicely and she expected him to come here and win,” jockey Jack Hill explained.  “It wasn’t one of my better rides sitting three-wide but I wanted to stay away from that trouble spot turning for home.

“He got to the front and then, if anything, sat back and waited for them to catch up.  He’s a nice horse.”

Not A Blemish (4g Dash For Cash – Cazzuma by Umatilla) is the fourth winner from a mare who was a Super VOBIS maiden winner at Hanging Rock in 2005.  She was also trained by the O’Sullivans for Lyons and has continued in the same vein at stud with her first four foals all winners.

Dash For Cash burst through 1,000 career wins at stud in June and is in pursuit of his 7th century of wins in a season.  Scenic Lodge’s Group 1 grey stallion is a bargain for owner-breeders at a $3,300 (inc gst) service fee. 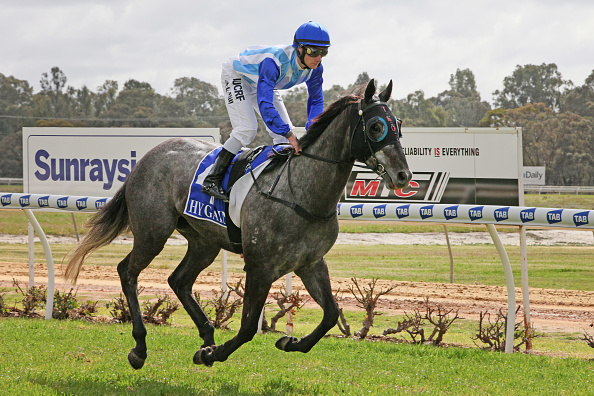