Touchstone Farm stallion Planet Five (USA) started the new season with maiden winner The Girl Of Vasse at Pinjarra on Thursday and then sired a classic prospect when The Celt scored at Belmont on Saturday.

The Celt will head towards the $500,000 WA Guineas on November 19 after sitting wide without cover to win the Carnivale at Crown Plate (1000m).  He prevailed in a photo-finish from in-form fillies Dainty Tess (War Chant) and Sweet Ora (Oratorio).

“He’s still learning and will only get better with experience,” trainer Vaughn Sigley said.  “We’ve always thought he would be a horse for the WA Guineas.”

The Celt has never been out of place since a debut win at Ascot in January.  He followed up with black-type when third in the RL Magic Millions WA 2YO Classic (1200m) at Pinjarra before going for a spell.

Saturday’s prizemoney sent his earnings to $121,350 in five starts.  He was a bargain at the 2015 Perth Magic Millions when Sigley’s bid of $4,500 was accepted by Serpentine vendor Rosalee Park.

His dam Cintrice (Tribu) was a Belmont winner for Fred Kersley and earned black-type when placed in the 2003 Burgess Queen Stakes.  She’s a sister-in-blood to Trimagic who was runner-up in the 2002 WA Guineas.

Planet Five (Storm Cat) was bred and raced by the Niarchos family and won up to Group 2 level in the Prix du Gros Chene (1000m) at Chantilly.  He was retired after 11 starts following a fetlock injury sustained in the G1 Prix de l’Abbaye. 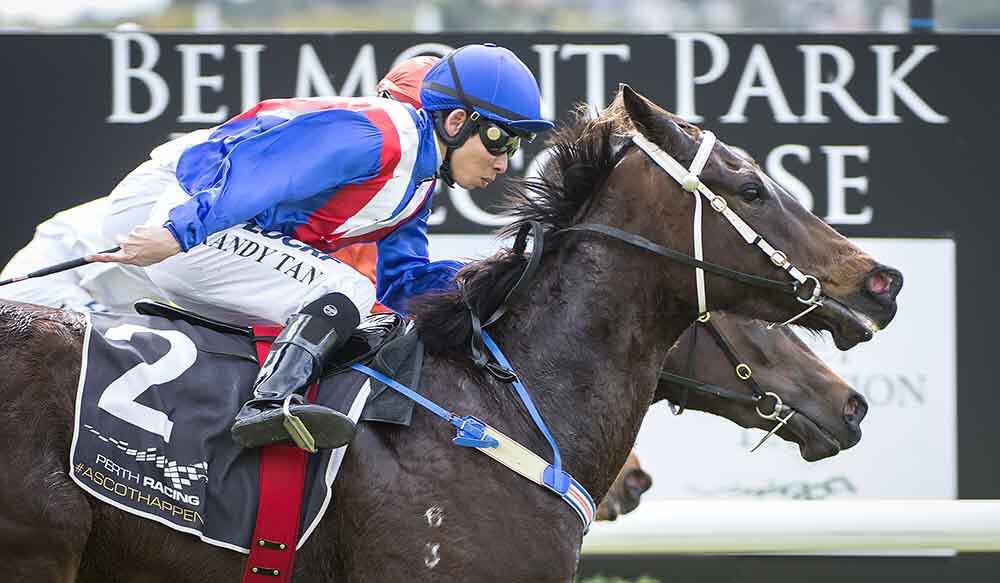