Stallwalkin’ Dude won the LR Tale of the Cat Stakes (1200m) for the second time in a row at Saratoga on Friday.

The 6yo son of Yarradale Stud sire City Place (USA) finished full of energy down the centre of the track to overhaul stablemate Chief Lion and win going away.  “His last two races were on muddy tracks at Belmont Park but he just showed his real class here,” trainer David Jacobson said.  “He ran down a very good horse today.

“To win the Tale of the Cat two years in a row, to win any race two times in a row at Saratoga, is pretty cool.”

“The race set up very, very good,” jockey Joe Bravo said.  “He stumbled at the jump but he’s an old pro and nothing fazed him.  David gave me the best horse to play with and he just ran them over.”

City Place (Storm Cat) relocated from North America to WA in 2013 and his first Sunspeed yearlings will be catalogued for the 2017 Perth Magic Millions.  He stands at Yarradale Stud for a $5,500 (inc gst) fee. 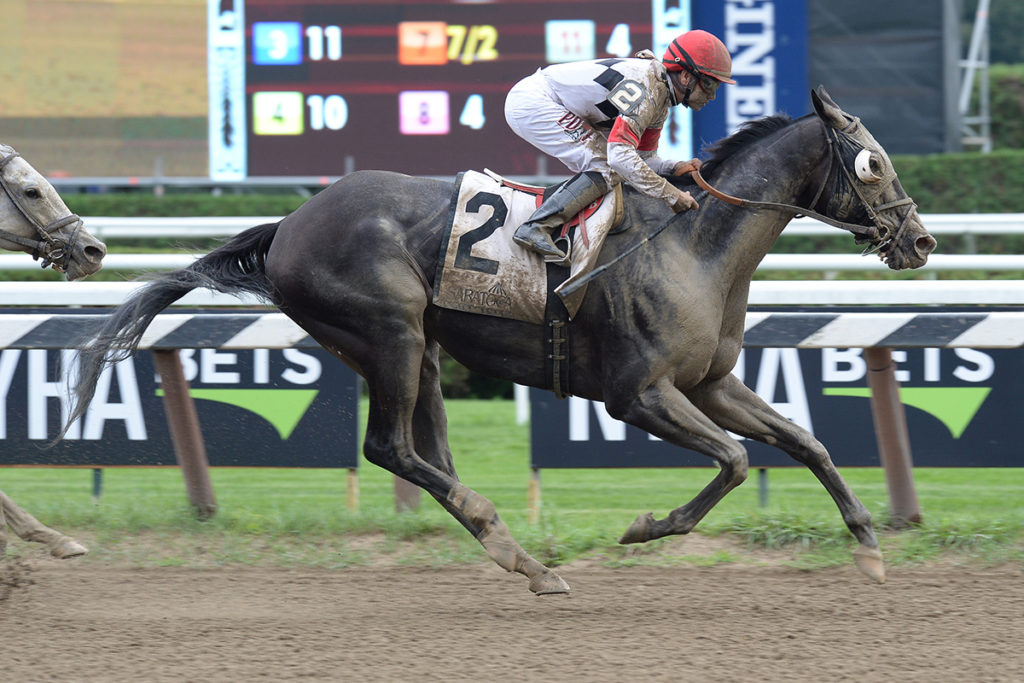