Nameitwhatyoulike (7g Trade Fair – Emma Peel by Emarati) is in career-best form despite his advancing years.  He had won the Great St Wilfrid Stakes at Ripon last month and was always travelling comfortably for a black-type first at York.

Bookmakers firmed Nameitwhatyoulike into $13 for the Ayr Gold Cup on September 17.  “He’s a dream and trains himself,” Hambleton House conditioner Bryan Smart said.  “In the past when he’s gone to Ayr it has always been at the end of a busy season, but he’s much fresher this year, that was only his fourth run.

“He will receive a penalty now so I might also look at sending him across for a Group 3 in France.”

Nameitwhatyoulike cost 6,000 pounds at the 2010 Goffs yearling sale and has earned over 153,000 pounds from 9 wins in 52 starts.  His dam Emma Peel was a stakes winner in Germany and her other foals include Scandinavian stakes winner Females Fun (Diktat).

Earlier on Sunday, Lynward Park owners Ted and Marilyn van Heemst won the $100,000 Coolgardie Cup (1760m) with their in-form mare I’m Feeling Lucky.  The daughter of Bletchley Park will fill out a picket-fence if she wins the LR Kalgoorlie Cup (2300m) on September 25.

Lynward Park stands Trade Fair (Zafonic) for a fee of $5,500 (inc gst).  He was also credited with a Group 1 winner, albeit in a steeplechase, last month.  His USA-based jumper Portrade (Ire) led at every obstacle in the New York Turf Writers Cup (3800m) at Saratoga on August 25. 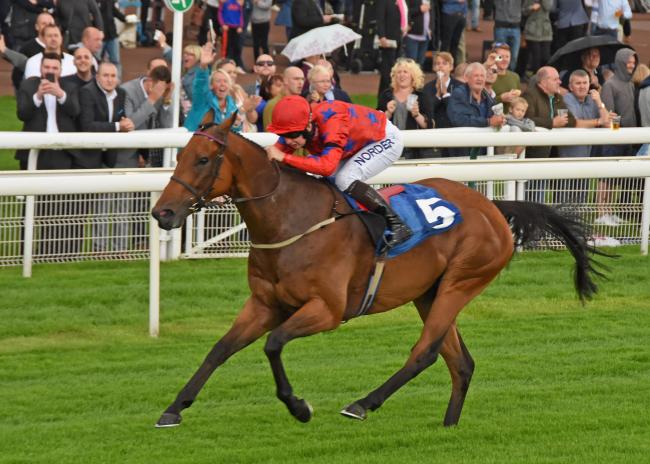