A grand total of 53 fans doesn’t sound like much.  Lots of racehorses have hundreds, even thousands of followers.

However, when your fan-base constitutes an entire township, well, that’s something different.

And to the good folk of Kukerin, 300km from Perth, Kalgoorlie Cup winner Cougar Express really is the their pin up boy.

And why not?  The Cup win on Sunday follows on from his Bunbury Cup success back in March.

Not surprisingly, breeder and part-owner Ross Ditchburn was a little ‘scratchy’ on Monday morning and confessed that celebrations had raged well into the night.

“We came up to Kalgoorlie on Thursday and when I say ‘we’, there were quite a few locals who made the trip, too,” Ditchburn told Aushorse.  “The horse is named after the Kukerin Cougars footy club and when they lost the grand-final, most of the boys decided to make the journey to Kal for their annual end-of-season trip.

“As for the race itself, we didn’t think Cougar Express would have enough left in the tank to hold off the favourite Falcon Crest.  He was chasing five straight.  But then 100m out it started to become clear they weren’t going to catch him.  Gotta say, we almost brought down the grandstand!”

Ditchburn doesn’t breed many horses.  In fact, he even gave away Cougar Express’s dam Classic Enigma after she foaled the Kalgoorlie Cup winner.

“I ended up racing Classic Enigma due to some unpaid bills and she wasn’t a bad mare and won three races before bowing a tendon,” Ditchburn recalls.  “I then decided to give her a crack at stud and sent her to Mosayter and Due Sasso but she didn’t do much.  So for the last throw of the dice, I sent her to Danehill Express.

“The Danehill Express turned out to be Cougar Express.  The ownership group includes my two sons, another local farmer and his two sons, the Elders rep, the local stock feed guy…all good mates with a connection to Aquinas College in Perth.”

“It really is a close knit community…apart from the 53 people that live in Kukerin, around 300 in the surrounding area and some 800 in the Dumbleyung Shire.  Everyone knows everyone else, so it’s not surprising that Cougar Express has a cult following.  Probably doesn’t help given that I never shut up about the horse!”

Ditchburn has his fingers crossed that Cougar Express will shape up for a tilt at the Group 2 Perth Cup.  And he believes Cougar Express could end up following in the hoof steps of Black Heart Bart.

“There are not too many options left open for Cougar Express in Western Australia, so he could end up with someone like Darren Weir.”

Ditchburn made the move east during his footballing days.  After playing five seasons with Claremont in the WAFL, he was signed by Carlton and won a VFL flag at full-forward with the Blues in 1982.

The Kukerin crew will be hoping Cougar Express can kick more goals starting with a Perth Cup on New Year’s Eve. 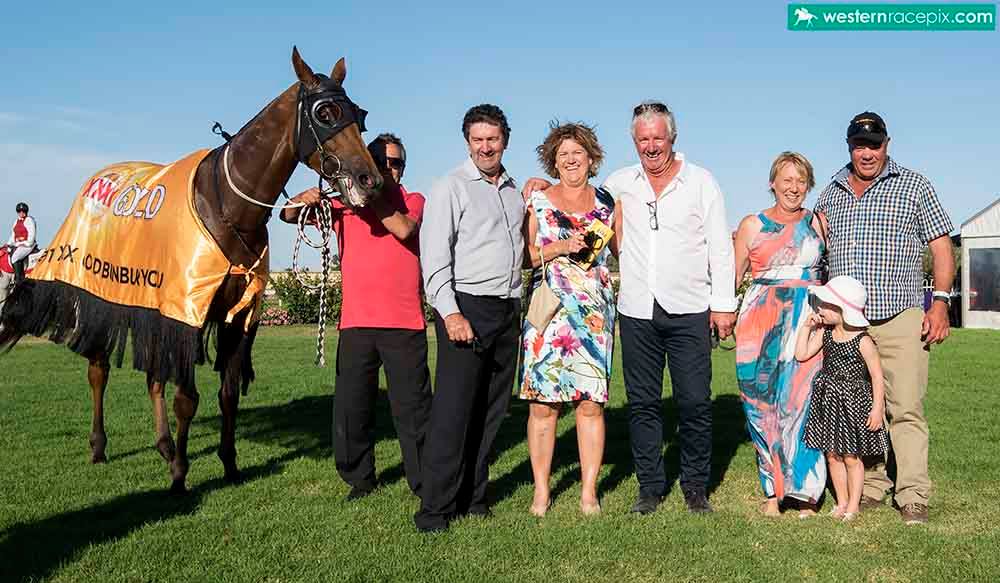