Home Lady lands another win for All American

Lady lands another win for All American

Trainer David Vandyke has another 3yo filly by All American on the books at the Sunshine Coast besides Yankee Rose.

Lady America scored on debut after Vandyke spirited her across the border to Lismore and she will attempt to keep her perfect record intact at Sunshine Coast this Sunday.  The promising filly is coming off an all-the-way victory over short-priced favourite Windcatcher (More Than Ready) in the Phat Elephant Restaurant Maiden (1100m).

Lady America (3f All American – Lady Three Shoes by Numerous Times) is raced by the Just Fun Racing syndicate managed by Darren Halpin.  She was bred by the Lynch family from Western Australia and is closely related to Lindsay Park stakes winner Royal Centurion.

Just Fun Racing also owns All American’s unbeaten sprinter General Wind.  He won first-up at Doomben and then doubled up at the Sunshine Coast.

Meanwhile, Yankee Rose is back on track for the spring carnival after winning a Warwick Farm barrier trial on Friday morning.  The Group 1 winning filly had been ridden upside-down first-up when left in front of the G1 Golden Rose earlier this month.

Vandyke removed blinkers and the All American filly responded to prevail in her hit-out over 1200m.  She was pushed out by Blake Shinn who replaces Zac Purton in the G1 Flight Stakes on October 1. 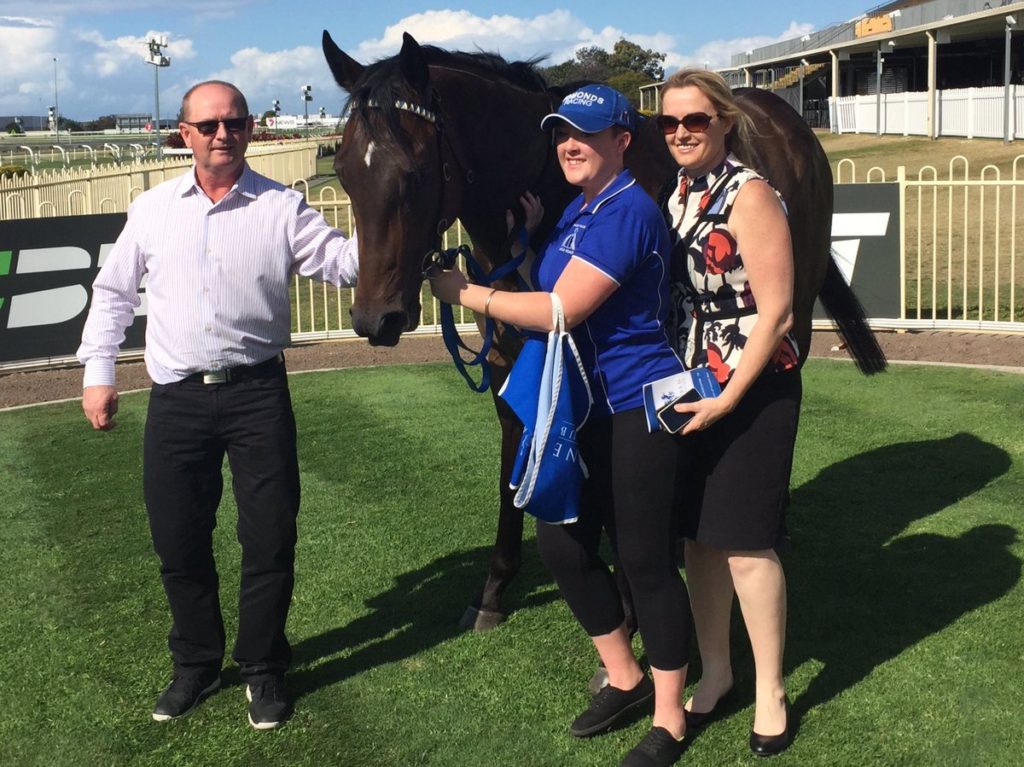