Champion jockey Willie Pike was in the zone at Belmont on Saturday with five winners and first cab off the rank was Sweet Ora in the TAB Touch Plate (1000m).

The Oratorio (Aus) filly has won 4 of her last 5 starts and Pike blames himself for that lone defeat when she was beaten a half-head and short-head by The Celt & Dainty Tess on August 6.

Sweet Ora will probably have one more run this campaign and may be stepped up to 1200 metres for the first time in her career.  Bred and sold by Geisel Park owner Eddie Rigg, she is the penultimate foal from Blondine (Danehill) and was a $15,000 buy for Rod and Tania Cosgrove at the 2015 Perth Magic Millions.

Saturday’s victory increased her earnings to over $187,200 including $75,000 in Westspeed bonuses.

Just turned 15, Oratorio has been an ornament to the Sunspeed breed and will cover his 1,000th mare at Mungrup Stud this month.  He won every WA 2YO premiership, bar one, between 2010 and 2015 and headed the same table again midway through last season

Oratorio also sired Rafaello to win the G3 Garden City Trophy (1200m) in Singapore last month.  He was a $47,500 graduate from Yarradale Stud’s draft at the 2014 Perth Magic Millions and has banked the equivalent of AUD 404,250. 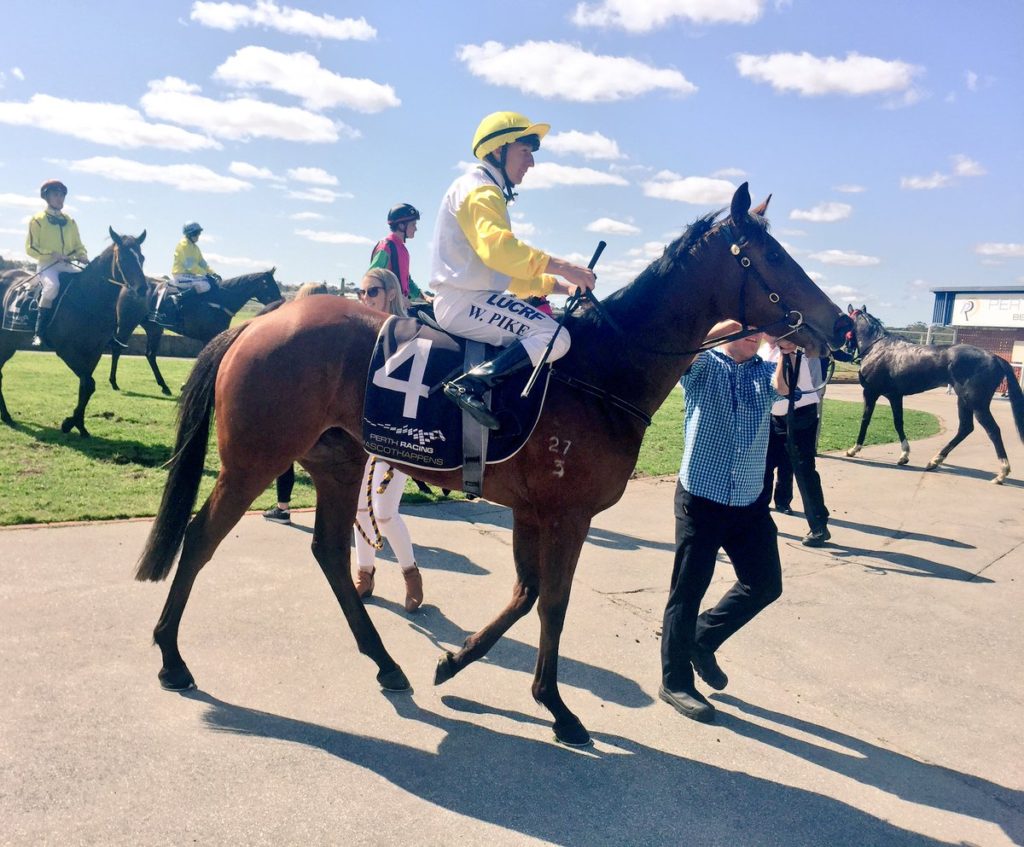