Winning prep ahead of Pretentious Chant

Pretentious Chant has returned from a productive first campaign with an impressive first-up victory in the Budget Car Rental Hcp (1200m) at Belmont.

By War Chant (USA), he had Saturday’s race won at the furlong and had enough in reserve to fend off Bomber Bay (Oratorio).  “I was a bit nervous and told Troy (Turner) not to take anything for granted,” trainer Gavin Foster said.  “I didn’t want him to end up like the West Coast Eagles the other night.”

Pretentious Chant had won at Bunbury and Belmont before disappointing in the LR Belmont Guineas (1600m) in June.  “He’s a good-looking, well-bred horse from Yarradale Stud,” Foster added.  “His sire War Chant gets quality stock and he really marks them.

“We haven’t got anything planned and will keep coming back to see where he takes us.”

Pretentious Chant was a $55,000 buy from Yarradale at the 2015 Perth Magic Millions and has now earned over $100,000.  “He’s got a high cruising speed and travelled nicely,” Turner reported.  “He needed the run but got the job done.”

War Chant (Danzig) is covering a limited book at Yarradale this year and breeders can call the stud for further information on (08) 9574 6490. 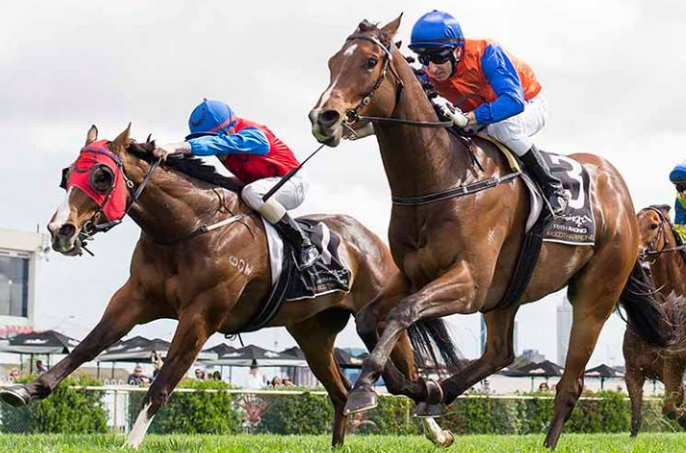