Bradbury’s Luck finished off an outstanding week for Yarradale Stud sires with Run It Twice in Singapore on Sunday.

Yarradale race-replays were on a loop with 9 winners in 5 days.

Run It Twice unleashed a withering last-to-first finish to score a soft two-length victory under Glen Boss at Kranji.  The gelding is trained by Steve Burridge and has earned the equivalent of AUD 122,360 for Premier Racing Stable.

“I’ve ridden him a fair bit and that was the first time he got a proper tempo,” Boss said.  “He was really strong and got it right today.”

The trio are all Yarradale graduates from the Perth Magic Millions and Yarradale’s own Gidgegannup Sale.  Musket has since transferred to Queensland and Discorsi was taken too early last year but former Kentucky sire War Chant continues to carve a successful latter-day career in WA.

War God is a half-brother to Sydney stakes-winner Domine and filled out a hat-trick of his own at Belmont.  “He’s showed ability right from the early days but was big, raw and gangly,” trainer Neville Parnham said.  “He settled in the moving line today and then let down and responded.

“He continues to improve and works like a Saturday horse so it won’t be long before he gets the chance to knock one off.”

At Northam on Thursday, Yarradale doubled up with Lord Devoutly (Discorsi) and Variation (War Chant) prior to a treble on Sunday with Kostyazilch (Musket) and Jestpatim (Yarradale associate Patronize) in Kalgoorlie before Run It Twice (Bradbury’s Luck) at Kranji.

Shamardal freshman Gingerbread Man has his first-crop ready to run with Achernar Star the pick of those seen out so far in Perth.  He’s a half-brother to G2 WA Guineas winner Man Booker and was a cut above his rivals in a Belmont 2yo barrier trial earlier this month.

For bookings or further information about Yarradale sires, contact the stud office on (08) 9574 6490. 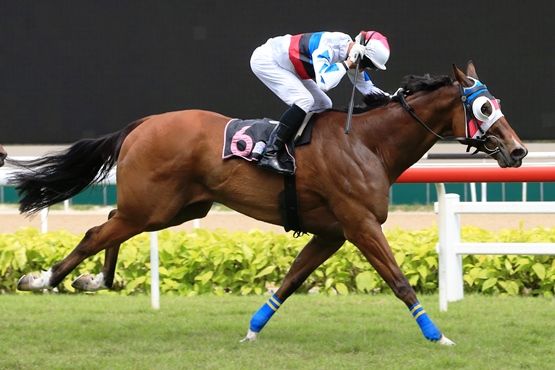