Home Americans back in black at Flemington

Americans back in black at Flemington

American Genius logged the latest black-type for All American in the LR Maribyrnong Trial Stakes (1000m) at Flemington on Sunday.

The 2yo colt filled the trifecta behind Exceed And Excel youngsters Madeenaty and Double Jeopardy.  “The further he goes the better he will be,” Lindsay Park trainer David Hayes said.  “He was a query at 1000 metres but there’s not a query on his ability.  I really like him.”

Hayes prepared All American to a Group 1 victory in the Emirates Stakes at Flemington in 2009.

American Genius was an $80,000 buy for Wylie Dalziel Racing and Lindsay Park at the 2016 Gold Coast Magic Millions yearling sale.  His dam Gibraltar Moon (Rock Of Gibraltar) was a class act for Lee Freedman winning five in a row at Morphettville, Sandown (2), Caulfield and Flemington in 2009.

“You will see him hit his straps over 1400m and a mile,” jockey Regan Bayliss predicted after dismounting at headquarters.  “He’s going to be a lovely late two-year-old and as a three-year-old, you’re going to see a nice horse.”

American Genius is the first starter from All American’s latest juvenile crop which numbers 102 foals.  Another is his Lindsay Park stablemate Freedom For All who is younger half-brother to So Anyway (LR Dark Jewel Classic). 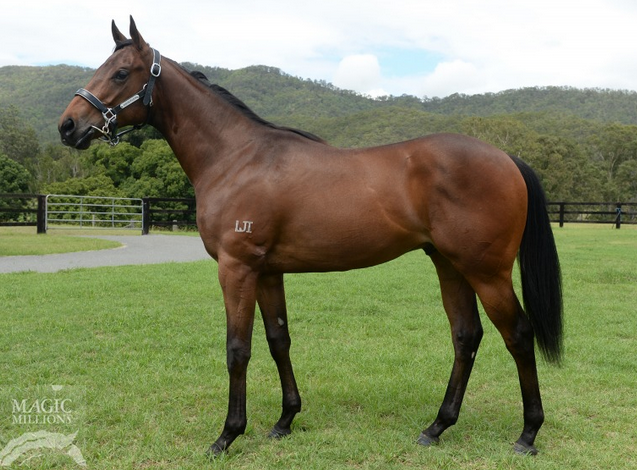