Home Champion filly by All American

Champion filly by All American

The celebrations after Yankee Rose reeled in the colts to win the G1 Spring Champion Stakes (2000m) could be heard all the way across to Perth on Saturday.

The Darby Racing syndicate that paid just $10,000 for the All American filly were ready to party at Randwick and Sunspeed breeder Eddie Rigg was also counting his lucky stars in Western Australia.

Rigg owns Geisel Park Stud and he purchased All American out of the Hunter Valley just weeks before Yankee Rose emerged as Australia’s Champion 2YO Filly earlier this year.

“She doing an unbelievable job for All American,” Rigg told Aushorse on Sunday morning.  “And now she’s going to the Cox Plate!”

Yankee Rose (3f All American – Condesaar by Xaar) had won the G1 ATC Sires’ Produce Stakes at Randwick in April and became the first filly to triumph in the Spring Champion Stakes since its inception in 1971.

Rigg reports there’s only been a couple of negatives from the first 40 mares covered by All American.  “That strike-rate is better than it appears because of the unseasonably cold weather in WA,” he explained.  “The mares still think it’s winter.  There’s that much water they called off Bunbury yesterday.”

Geisel Park is located 30km north of Bunbury and all the rain hasn’t dampened All American’s libido.  “He’s thriving over here and he’s a gentleman with the mares,” Rigg continued.  “We’ve got 90 confirmed bookings with another 10 left to fill his book.

Rigg also pointed out All American is far from a one-horse stallion.  “His Adelaide sprinter Zebulon was pre-post favourite for this year’s Group 1 Goodwood before breaking down.  And he sired another Hong Kong winner a half-hour after the Spring Champion Stakes.

“He has over 100 two year-olds this season and the first to race – American Genius – was stakes-placed in the Maribynong Plate at Flemington last week.” 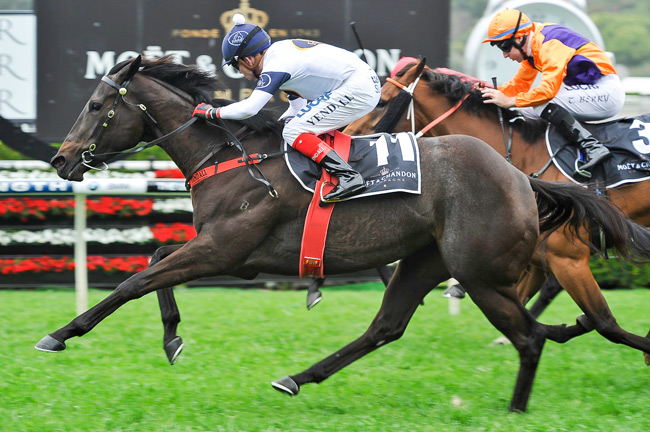