The War Chant 3yo filly was racing for just the third time on Wednesday and paid way above the odds at $14.  She was fourth on debut in the G3 Gimcrack Stakes at Ascot in March and then broke through at Belmont in July.

I Am Boudica pinched a winning break in the straight and stayed on strongly to win by a half a length from Sweet Ora (Oratorio) in the south-west feature.  “I was confident without being over confident as long as she had luck in running,” trainer Vern Brockman said.  “We haven’t pushed her and she’s not suited at 1000m.  Hopefully, she’s good enough for a stakes race at the summer carnival.”

A Yarradale homebred, she is the first winner for Queen’s Gem (Hussonet) who is a half-sister to stakes winners Anacarde (Anabaa) and How About That (Honour And Glory).  The mare foaled a Gingerbread Man filly in August.

War Chant (USA) sired his first 3yo winner of the season with Variation at Northam last month and he graduates to Saturday company in town when racing returns to Ascot this weekend.

Yarradale is putting War Chant (Danzig) over a limited book of mares this season.  Breeders should call the stud for further information on (08) 9574 6490. 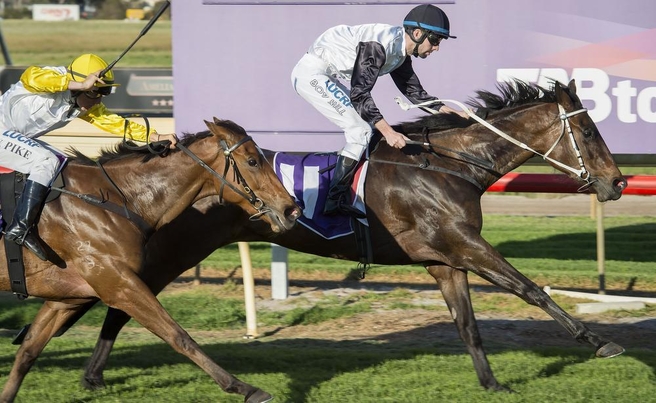