Gingerbread Man will make another statement if his filly Mystery Affair reproduces her trial form in the Heineken Plate (1000m) at Ascot on Saturday.

The David Harrison trained youngster sold for $30,000 at this year’s Perth Magic Millions and she’s bred to jump the blocks following a winning hit-out at Lark Hill on October 17.

There’s also a precocious streak in the bottom half of Mystery Affair’s pedigree through her half-sister Flying Affair.  She blitzed an Ascot juvenile by four lengths on debut in February 2011 and then grabbed a Listed win in the Gimcrack Stakes.

“He was first in the ring on the second day and Cliffy really liked him,” Kelly Bond said.  “He did everything right leading up to the sale even though he’s probably more of a three year-old.” 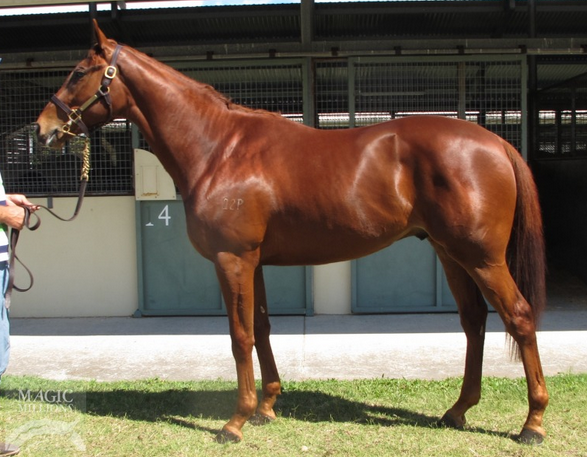