Safe source of speed in WA

When Colin Brown and Fiona Lacey sourced a son of Exceed And Excel for Western Australia, they did so safe in the knowledge that it’s the most precocious sireline in the Australian Stud Book.

They targeted Exceed And Excel stallion Safeguard, and haven’t looked back since installing the Group 3 winning sprinter at Mogumber Park in Bullsbrook last year.

Safeguard’s second book received another boost when Exceed and Excel sired three new stakes winners when our latest crop of two year-olds began racing around Australia on the weekend.

He kicked-off with LR Gimcrack Stakes winner Jorda and LR Breeders’ Plate winner Khan at Randwick on Saturday and he followed up with LR Maribyrnong Trial Stakes winner Madeenaty at Flemington on Sunday.

Darley homebred Jorda is out of a Viscount mare and that presents opportunities for the many Sunspeed breeders with daughters of the Oakland Park stallion.

Khan is a Safeguard lookalike and Madeenaty will be set for the $2 million Magic Millions 2YO Classic after her dominant debut victory for Lindsay Park.

The Exceed And Excels aren’t just jump-and-run, either.  His 3yo filly Serenely Discreet won the G2 Edward Manifold Stakes (1600m) on Sunday and will now be set for the G1 Victorian Oaks (2500m) back at Flemington on November 3.

“Safeguard’s first crop of foals look fantastic and we can’t wait for them to hit the track,” Colin said.  “With sons of Exceed And Excel being snapped up by leading studs around the country, I believe WA has in its midst a stallion that can shape our breeding industry into the future.

“Safeguard could stand at any stud around the country.

“When looking at stallion choices, broodmare owners often ask, ‘Why would you send a mare to that sire?’  Now we have a stallion where breeders are saying, ‘You need to send a mare to him’.”

Safeguard was a Group 3 winner of the Kindergarten Stakes (1100m) at Randwick and Vain Stakes (1100m) at Caulfield.  Exceed And Excel sired him from G1 VRC Sires’ Produce Stakes winner Preserve who is a half-sister to Darley sire Denman.

It’s a precocious pedigree and perfect source for stakes winning two year-olds of the future in Perth.

Safeguard is standing for an $8,800 (inc gst) service fee at Mogumber Park.  Colin and Fiona are offering great packages for city winning mares and multiple bookings and, for more information, breeders should call 0408 251 880 or email to info@mogumberpark.com 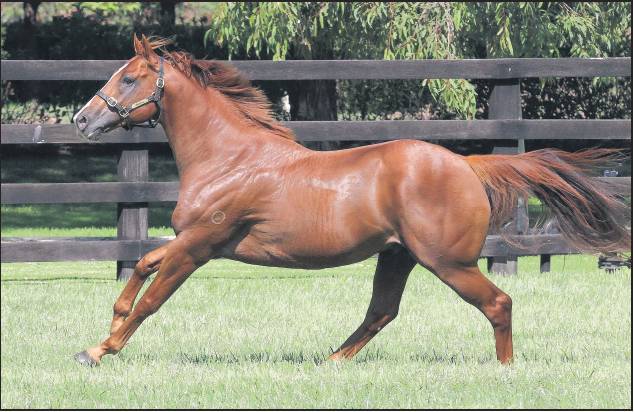