Home Star from the past at Ascot

Star from the past at Ascot

Candlelight Star (6g Kendel Star – Soft Wind by Medal Of Honor) had won at Albany and Pinjarra during an autumn campaign before the breakthrough in town.  “He’s always had the ability but was a very strong-willed horse and went through a couple of stables before I got him,” trainer Roy Rogers said.  “I’ve kept him away from the hustle and bustle at the track and he’s thriving.”

The grey son of Rivercrest Park’s veteran sire Kendel Star is one of the last horses bred by Mary Johns who ran Bindaree Stud at King River until her death, aged 90, in June 2011. 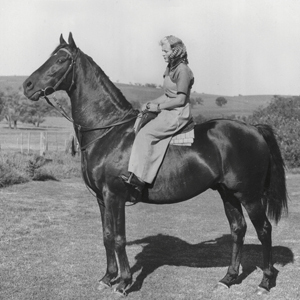 Mary had originally arrived in the Great Southern with her husband Russell in 1967 after growing up at Cheriton Stud in Gingin.  Her father Fred Farquhar stood champion sire Camelhair who, like Hyperion, was a son of English Triple Crown winner Gainsborough.

Rivercrest Park owner Steve Hoare reports Kendel Star is still in the breeding-barn business as a 26 year-old.  “He will cover a half-dozen mares this year.  He takes time but had another positive last week.”

Young bull God Has Spoken is a lot busier with over 70 bookings alongside Famous Roman, Due Sasso and Black Tom.  Hoare can be contacted for further information on 0409 987 970.