Western Australia has its best chance to win a Group 1 Cox Plate (2040m) since the west’s all-time great Northerly completed a running double in 2001 and 2002.

The Sunspeed connection will be led All American filly Yankee Rose and Blackfriars gelding Black Heart Bart.  They are both in the market behind Winx who is an odds-on favourite to make it back-to-back victories at Moonee Valley this Saturday.

All American is covering his first book at Geisel Park in Myalup following a transfer from the Hunter Valley.  And a Cox Plate victory would assure Blackfriars of a seventh WA sires’ title from his base at Scenic Lodge in Muchea.

“We are getting calls every day for All American,” Geisel Park owner Eddie Rigg said.  “He’s thriving over here and we’ve already booked in 100 mares.  Yippee for Yankee!”

Black Heart Bart was bred and sold as a foal by Scenic Lodge and won the Northerly Stakes in Perth before transferring to Darren Weir in Victoria.  “He deserves to be there and it’s so exciting for WA,” general manager Jeremy Smith said.  “He’s already won three Group 1 races and a Cox Plate would be a crowning achievement for Blackfriars.”

Awesome Rock is another Cox Plate hope with strong ties to WA.  A recent winner of the G2 Feehan Stakes at Moonee Valley, he is a Fastnet Rock homebred for Alan and Sue Olive who operate Gold Front Thoroughbreds near Gingin.

“We have several members of the family and a Cox Plate will make him a very valuable stallion prospect,” Gold Front manager Ashleigh Carpenter said.  “It could be a big afternoon for Alan and Sue as they also have Excess Knowledge in the Moonee Valley Cup.”

The Olives own Awesome Rock’s dam Awesome Planet (Giant’s Causeway) who won a G3 Doomben Roses and LR Soliloquy Stakes in NZ.  Her 4yo daughter Elite Rock (Fastnet Rock) won a Belmont trial for Gold Front trainer Brent Albuino earlier this month and her 3yo colt Earth (Redoute’s Choice) is with Chris Waller and won at Newcastle carrying their gold & black silks in September.

“The mare’s 2yo filly Chardonnay (Pierro) is at the breakers and she will also be trained by Brent,” Carpenter added.  “Her yearling is a Snitzel filly and she went back to Fastnet Rock for an early cover last month.”

Northerly (Serheed) wasn’t the first Perth horse to cross the Nullabor and win a Cox Plate.

Aquanita (Wateringbury) claimed a Cox Plate some 40 years prior to the ‘Fighting Tiger’.  After dominant displays in the Railway Stakes and Lee-Steere Stakes at Ascot, he won 8 Group 1 events on the eastern seaboard before a career-high victory in the 1962 Cox Plate.

The big, black and, at times, bad-tempered stallion wasn’t eligible for the Australian Stud Book and that severely hampered his chances at stud.  He sired numerous feature winners but the only black-type acknowledged by the ASB was Brisbane Hcp winner Sailmaker.

WA also played a big hand in the early Cox Plates with Easingwold.  Trained at South Fremantle by Bill Marks, he won the Karrakatta Plate and WA Derby before transferring east to be trained by the ‘Wizard of Mordialloc’ Jack Holt.

Easingwold (Eaton Lad) was beaten by British import Violoncello in the first-ever Cox Plate in 1922 but went one better the following year with a brilliant victory over Caulfield Cup winner Whittier.  Marks stood him south of Perth at Jandakot for a 45 guineas service fee and among his best progeny were Easewold (Kalgoorlie Cup) and Ganemedes (Easter Mile). 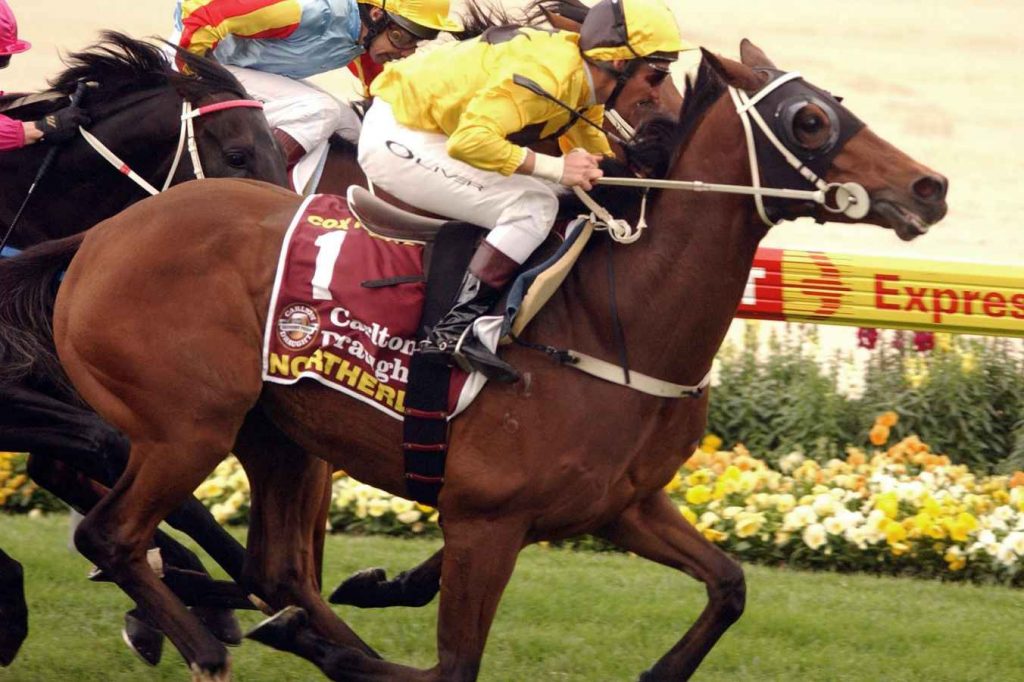