Yankee Rose has firmed into a $2.10 favourite for the G1 VRC Oaks (2500m) on Thursday week after her heroics at Moonee Valley on Saturday.

The All American 3yo was placed, albeit by a space, in the G1 Cox Plate (2040m) behind wonder mare Winx and trainer David Vandyke couldn’t have been prouder of his filly.  Her last 200 metre sectional was only bettered by the winner.

“We tracked Winx all the way and then she just left the rest of us in her wake,” Vandyke said.  “She’s an out-and-out champion and our filly is top-class.

“Yankee Rose has run second in a Golden Slipper, third in a Cox Plate and won two Group 1 races in between.  She had her first start less than a year ago and it was an amazing performance on Saturday.”

Samantha Miss was the last 3yo filly to be placed in a Cox Plate – behind Maldivian in 2008 – and she went on to win the VRC Oaks by more than three lengths.

Jockey Dean Yendall said Yankee Rose got out of her comfort zone with the hot speed and was chasing too far from home.  “But I was rapt with the run.  She went awesome and was still solid to the line.”

Her owners Darby Racing banked $220,000 at Moonee Valley with another $600,000 for the winner of the VRC Oaks.  And a Flemington classic would make her a lay-down misere to be named Australian 3YO Filly of the Year. 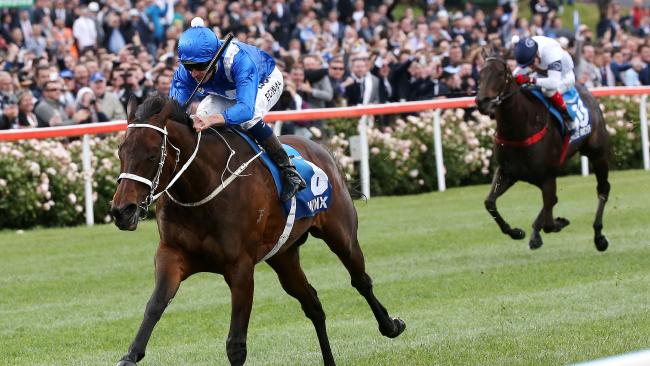