Foreplay gelding Boggoms will butter up this Saturday after landing a last-stride victory at Morphettville last weekend.

The Phillip Stokes trained gelding was racing second-up after almost a year on the sidelines in the MAC Drink Driving? GROW UP Hcp (1250m).  Stable jockey Dom Tourneur got him home with a last-stride victory over Call Me Curtis.

Boggoms (4g Foreplay – Rustic Rossa by Testa Rossa) was a bargain $10,000 buy for Adrian Hancock at the Inglis Melbourne Sale in August 2013.  “Adrian bought him for Dennis Brook and he won first-up at Gawler late last year,” Stokes recalled this week.  “But he pulled up sore and had to go out for a fair while to recover.

“He’s been progressing really well since coming back into work and I’ve nommed him again for the outer track at Morphettville this weekend.”

Hancock also targeted Rustic Rossa for Brook a couple of hours before Boggoms went through the sale-ring at Oaklands.  She cost $22,000 and was sold with a positive to Bel Esprit.

That foal was named Rooi Roe and – like her older half-brother – won for the second time at her third start in Queensland on Saturday!

Brilliant Foreplay sprinter Slik Sam will also be back in action this Saturday when he races first-up in the Crown Towers Plate (1000m) at Ascot.

Trainer Simon Miller rates the gelding very highly after a powerful juvenile victory at Belmont in June.  He’s a homebred for Millendon breeders Frank and Margaret Fry who race him under Jingle Holdings.

“He’s a very nice horse and just keeps improving,” Miller said after Slik Sam’s debut win.  “I don’t know where the bottom is with this bloke – he’s going to fill out into lovely three year-old.”

Foreplay (Danehill) is covering his initial book at Geisel Park Stud this year for a $4,500 (plus gst) service fee. 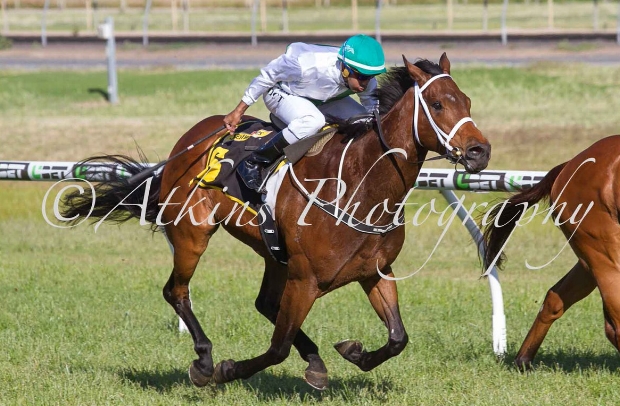