Former Perth stayer Boom Time can enhance his stud potential in the $1 million Magic Millions Trophy at the Gold Coast in January.

Boom Time (5h Flying Spur – Bit of a Ride by Snippets) races for owner-breeder Kim Loxton and will be set for the mega-rich raceday after wins at Flemington and Moonee Valley this month.

Loxton sent the beautifully-bred stallion to Lindsay Park after winning last year’s LR Melvista Stakes (2200m) at Ascot, however, a tendon injury kept him sidelined for almost a year.  “He’s come back and taken the next step,” jockey Craig Williams said after a gutsy victory on Saturday.  “He impressed me at Flemington last time and he went up in weight and had to do it tough today.

“He’s a solid horse and the Magic Millions is an ideal target.”

Loxton operates Ferrari Racing & Breeding in Serpentine and he bought Wyong winner Bit of a Ride in March 2002.  Sent to Neville Parnham, she paid her way with more wins at Ascot, Belmont, Pinjarra and Kalgoorlie before her close relations Black Caviar and Magnus sent the pedigree through the roof.

Magnus is also by Danehill’s Golden Slipper winning son Flying Spur and he’s carving out a successful career at Sun Stud in Victoria.

Loxton stood Pitleco (Exceed And Excel) at Serpentine before relocating him to New South Wales. 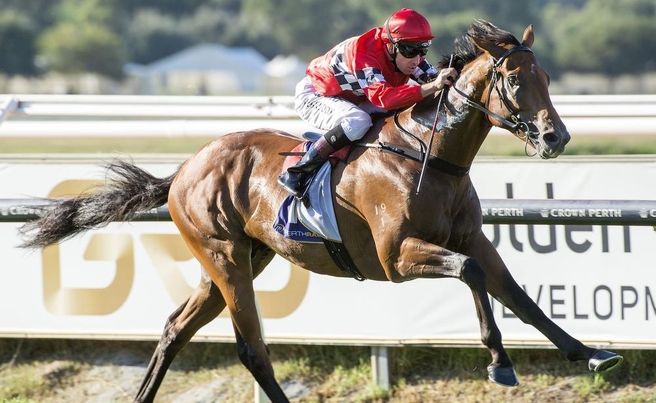