The Chris Anderson-trained mare was ridden perfectly by Larry Cassidy to enhance her strike-rate to 7 wins in 9 starts.  She hasn’t looked back since an impressive debut at the Sunshine Coast in September 2015.

“Larry followed our pre-race plans to the letter,” Anderson said.  “We decided to sit behind the speed from the good gate and have one crack at them.”

Elegant Composure (5m Bradbury’s Luck – Marsh Harrier by Woodman) is from a USA-bred half-sister to the dams of recent Flemington stakes winners I Am A Star (G1 Myer Classic) and Tiamo Grace G2 Wakeful Stakes).

Anderson said Elegant Composure will tackle the LR Just Now Quality (1300m) at Eagle Farm on December 10 and the rich Magic Millions raceday at the Gold Coast on January 13.

Yarradale landed another feature win on Saturday with its homebred Keeper Keen in the Crystal Slipper Stakes (1100m).  He settled outside the leader and then dug deep to remain unbeaten at Ascot. 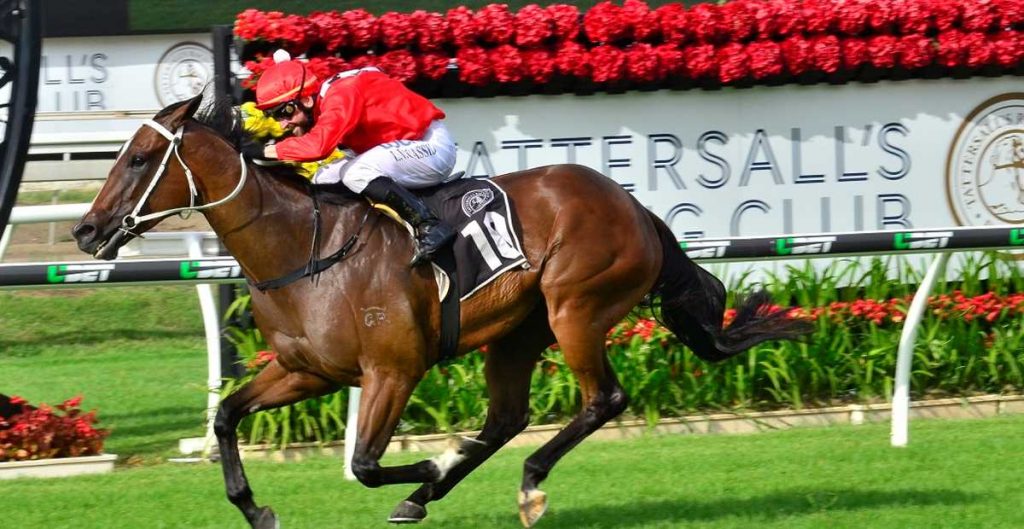