Fancourt, who had been sidelined since falling at Toowoomba on New Year’s Eve, rated My Girl Hayley perfectly in front of the Superior Food Service Plate (1110m).  “It’s good to be back,” she said.  “To be honest I was freaking out at the 400 metres – I thought we might get run down.  But she took a few deep breaths and got there.”

My Girl Hayley won on debut at Sunshine Coast in August 2015 and she had also been off the scene since January.  “Alison’s the only jockey to have won on My Girl Hayley so it’s a match made in heaven,” trainer Tony Gollan said.  “She’s been out for a long time and so has the horse for that matter.”

The winner was a $44,000 graduate of the 2014 Magic Millions March yearling sale and her dam My Girl (Iglesia) is a half-sister to Buck’s Pride (G2 BTC Cup).

Bradbury’s Luck (Redoute’s Choice) also sired last-start Mornington maiden winner I Taut I Saw for local trainer Amy Johnston.  He broke through in the Wellness Manor Plate (1500m) as a short-priced favourite after weighing in at his first four starts.

I Taut I Saw’s dam Catch The Pussy (Catbird) is a half-sister to G2 Prime Minister’s Cup winner Vanquished.  She won at Bunbury for Vicky Cayley and later changed hands several times at bloodstock sales in the east. 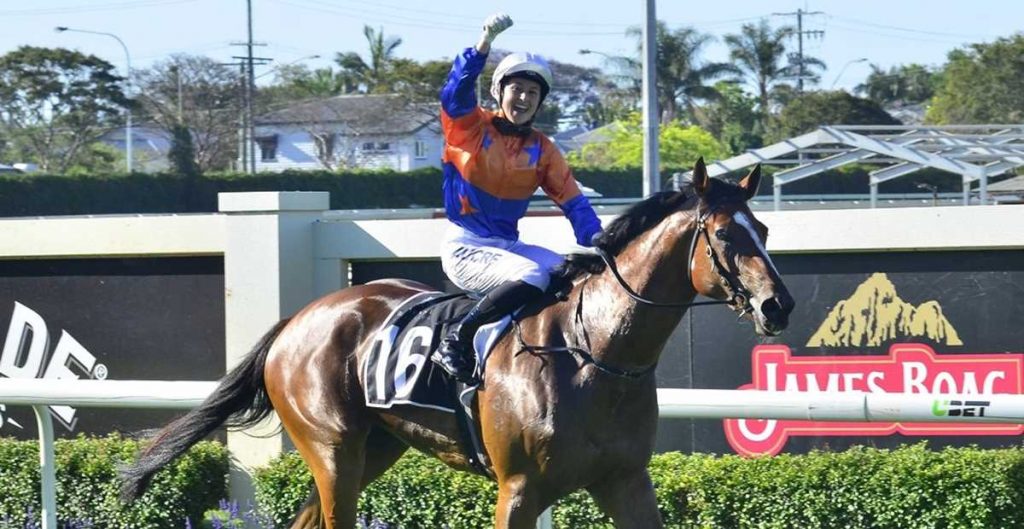