Stallwalkin’ Dude laid just off the pace and then powered clear for his 16th victory in the G3 Bold Ruler Stakes (1400m) at Belmont on Saturday.

The New York result was his first in Group company after Listed scores in the Tale of the Cat Stakes at Saratoga (twice) and Diablo Stakes at Belmont.

Stallwalkin’ Dude is a son of Yarradale Stud sire City Place (USA) who will have his first Sunspeed-bred yearlings catalogued for the 2017 Perth Magic Millions.

Trainer David Jacobson claimed Stallwalkin’ Dude for $16,000 at Gulfstream Park in September 2014.  “He’s won so many times for us and he’s a millionaire now, it’s great,” Jacobson said.  “Today’s race turned out exactly the way we planned it in the paddock.

“He’s been competing against some of the really good horses and was runner-up in the (G1) Vosburgh Stakes last time.”

“I got a very good trip,” jockey Irad Ortiz said.  “We broke on top and I held him behind the speed.  Then I let him go do his thing and he responded pretty good.”

Stallwalkin’ Dude was bred in Florida and his dam Chelle Spendabuck (Dare and Go) is a half-sister to G1 Hollywood Starlet winner Love Lock (Silver Ghost).

Jacobson will run him next in the G3 De Francis Dash at Laurel Park on November 19 or the G3 Fall Highweight at Aqueduct on November 24.

City Place (Storm Cat) relocated from North America to Western Australia in 2013 and stands at Yarradale Stud for a $5,500 (inc gst) fee. 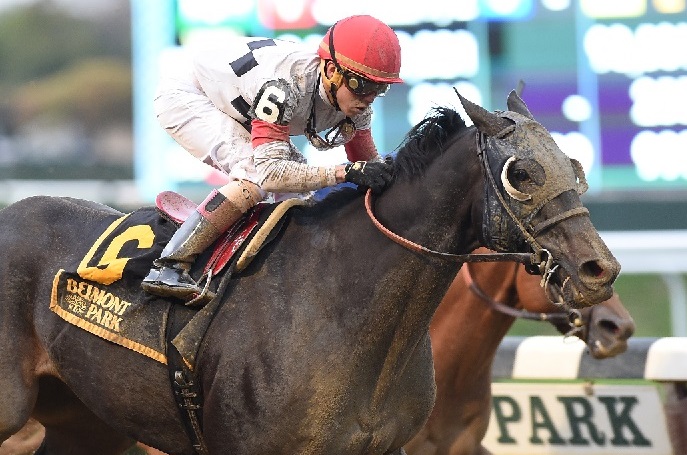