Stateside silver lining for All American

Champion filly Yankee Rose will undergo knee surgery following her unplaced run in the G1 VRC Oaks but there was a silver lining for her sire All American during the Melbourne Cup carnival.

All American winners continue to surface in the USA from his one-off shuttle to Darby Dan Farm in Kentucky.  His fillies Infiltrada and America Mon Amie completed a double at Gulfstream on Friday and Hawthorne on Saturday

Infiltrada had to work from an outside gate to grab an early lead and then ran the field ragged to win by almost three lengths over 1600m.  Initially trained by Luis Duco, she was claimed by Henry Collazo on behalf of Four Horsemen Stable after winning a Gulfstream maiden by panels in May.

All American stakes winner America Mon Amie scored for the fifth time with a last-to-first victory at Hawthorne.  Reserved at the back-half of the field, she rallied smartly in the straight under firm encouragement from Santo Sanjur to win by two lengths.

Meanwhile, Yankee Rose will be sidelined until the Brisbane winter carnival following her failure in the VRC Oaks.  “She pulled up lame with filling in her near-fore knee,” trainer David Vandyke said.  “X-rays revealed a bone-chip which will be operated on next week.

“Yankee Rose has done an outstanding job this season so that last run won’t tarnish what’s been a fantastic preparation.” 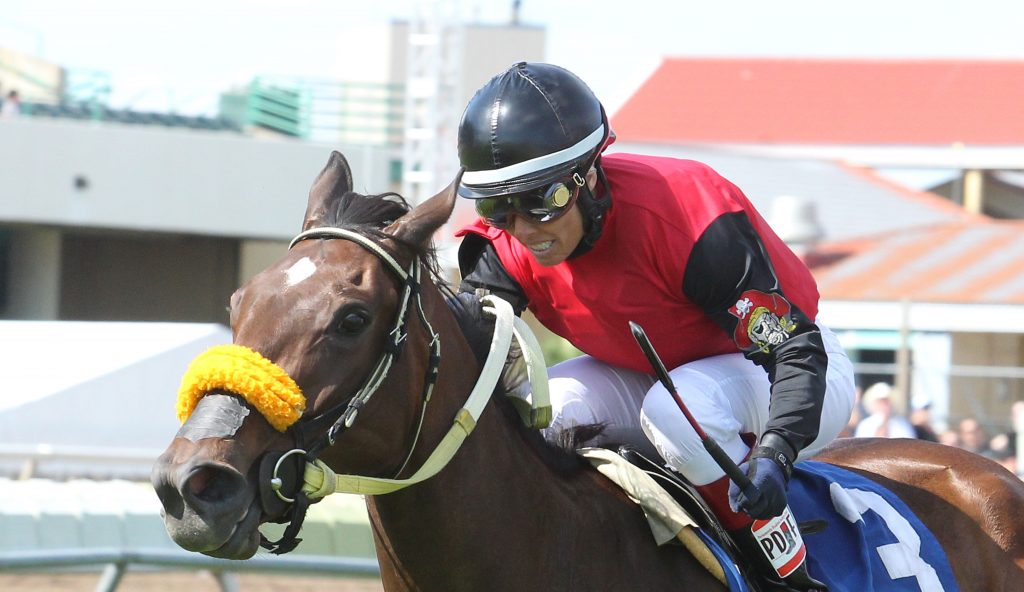