Variation (War Chant) is firming in pre-post markets for the G2 WA Guineas on the strength of his whirlwind victory at Ascot on Melbourne Cup day.

“I was confident we had picked the right race,” trainer Stephen Miller said.  “He’s still learning to hit the line and will go on from here.”

Variation is the latest 3yo to come through the ranks by War Chant (USA).  The Yarradale Stud resident also sired homebred filly I Am Boudica who was fourth home in the LR Burgess Queen Stakes (1400m) on the same card.

I Am Boudica had won at Bunbury & Belmont and the logical progression will see her step up a furlong to the G3 WA Champion Fillies (1600m) on November 12.

The Dan Morton trained Amalfi Lass looks another War Chant 3yo filly for the future after winning the Salinger Hcp (1600m) at Ascot on Cup day.  She came from last to break through at her first attempt at a mile.

A $160,000 graduate from Yarradale Stud at the 2015 Perth Magic Millions, she is out of G3 Carlyon Cup winner La Sirenuse who descends from the family of Group 1 winners Machine Gun Tom and Rogan Josh.

War Chant’s Melbourne-based mare Silent Sedition is unlikely to head across to Perth for the G1 Railway Stakes after being placed in the G3 Maybe Mahal Stakes at Flemington.

A final decision will be made after she runs in the G3 Summoned Stakes at Sandown on November 12.  “It was a competitive race at Flemington and I thought she could have finished off a bit better,” trainer Andrew Noblet said.  “Maybe the first-up run took the edge off.

“She would have to be dominant at Sandown to warrant going over for the Railway.” 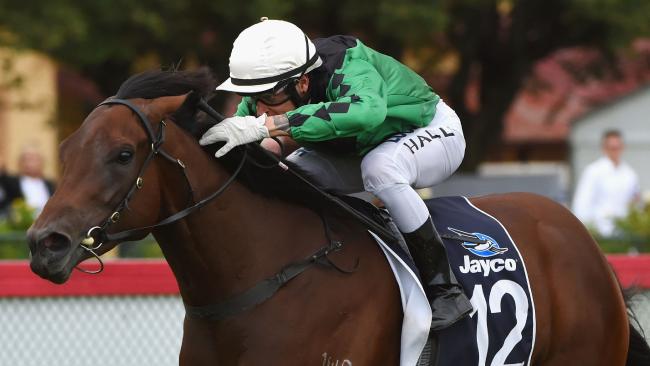